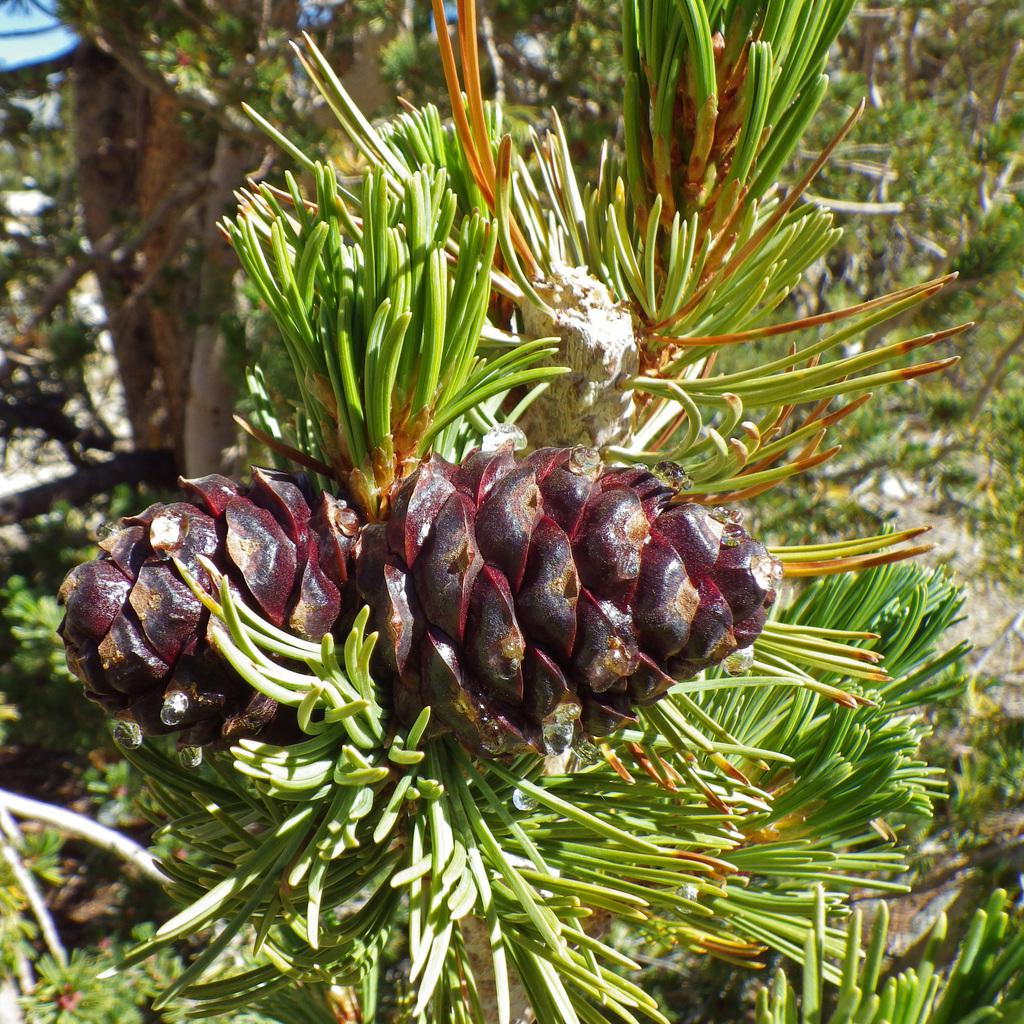 Whitebark Pine is a small to medium-sized conifer (40-60 ft) found close to the tree line in the western mountain ranges of Canada and the United States. The tree varies in shape from a small tree with a broad crown to a shrub with multiple stems and upswept branches. The branches are twisted and gnarled if the tree is exposed to strong winds.

The stiff bluish-green needles (1-3 in long) are in bunches of 5 and clustered near the ends of branches. The egg-shaped cones (1.5-3 in long) grow at right angles to the branch and are dark purple when immature. They remain closed and don't release their seeds until the cones fall to the ground and decay.

Whitebark Pine is a long-lived species, often living for more than 500 years.

Could it be? Limber Pine is very similar in appearance, but the cones are larger (2.4-4.7 in long), green when immature, and open to release their seeds. Western White Pine has longer needles (2-4 in long) and cones (4-10 in).

Did you know? Whitebark Pine provides food and shelter for many birds and mammals. It has a special relationship with Clark's Nutcracker. The bird uses its long, slender, curved beak to break open the cones and remove the seeds. It then buries the seeds for winter food, often forgetting where it has left them. Grizzly Bear then find and eat the seeds.