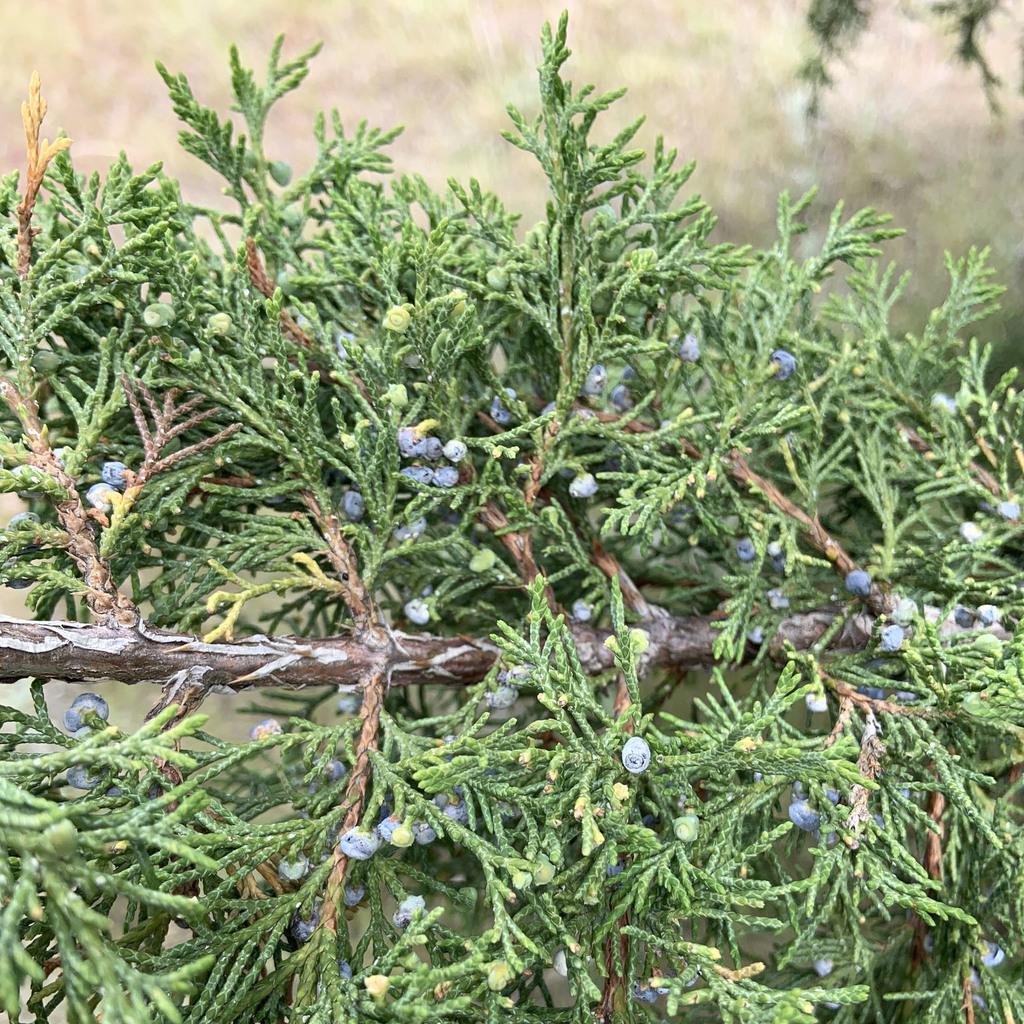 Rocky Mountain Juniper grows in the mountainous areas of western North America. It is a small tree (3-6 ft) with reddish-brown to gray bark that shreds as it ages. The trunk is often knotty and crooked. It doesn't tolerate shade and is found alone or in small clusters, often on dry, exposed sites. It has scale-like, overlapping needles.

The small, berry-like cones are found at the end of branches. They're green when young, ripening to a dark blue with a whitish bloom.

Common Juniper is a low-lying shrub with sharp, green needles in groups of three.

Did you know? Rocky Mountain Juniper's berries are an important food source for Deer, Mountain Goats, and other animals. Many birds choose to nest in its branches.