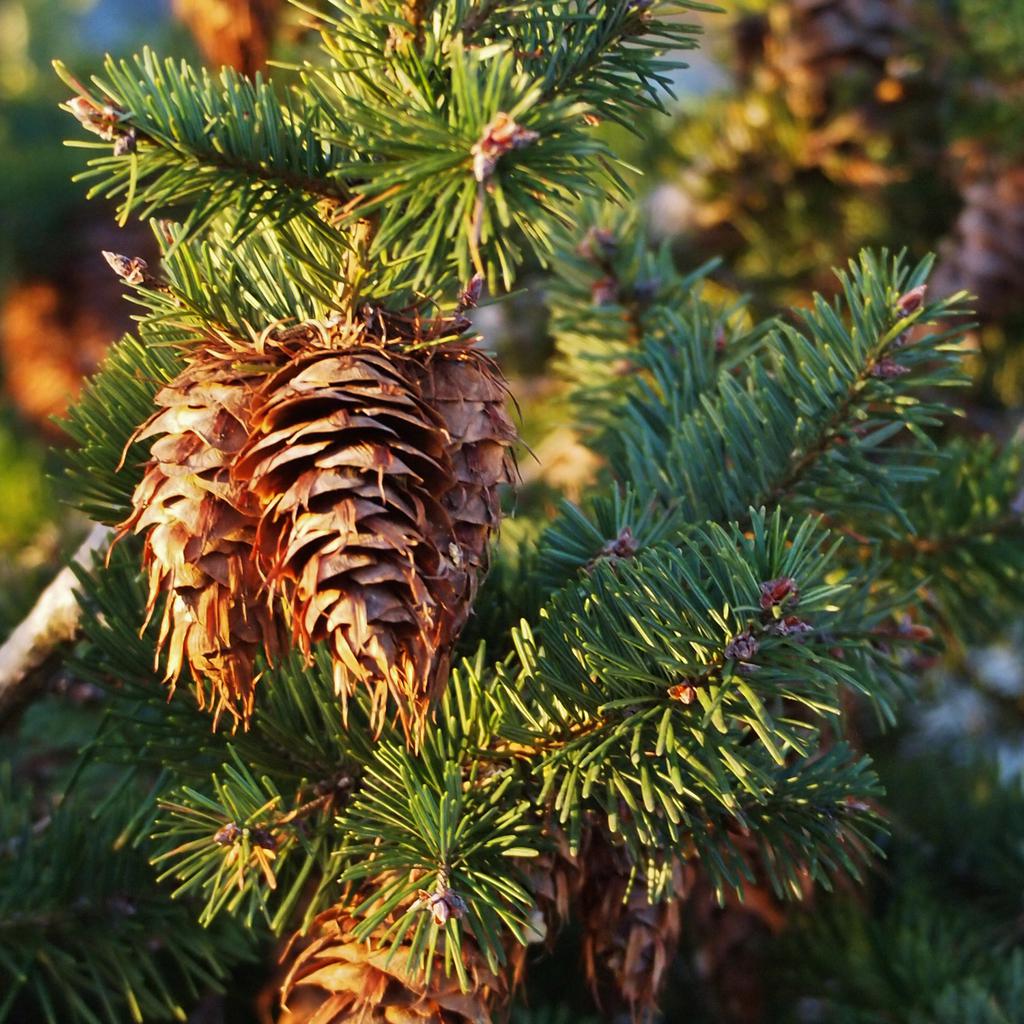 Douglas-fir is native to the Rocky Mountains and the Pacific Northwest. Its needles are flat with a pointed tip, lime green on top and paler below. The needles are arranged in a spiral so they appear to stand out around the twig. The bark becomes very thick and deeply grooved with age with dark reddish-brown ridges. The cones (3-4 in long) have three-forked bracts between the scales.

Coast Douglas-fir is found along the Pacific Northwest coast and is taller (up to 250 ft) and faster-growing than Rocky Mountain Douglas-fir (115-150 ft) found in the western mountains.

Did you know? Douglas-fir isn't a fir tree at all - hence the hyphen in its name. It's a False Hemlock.