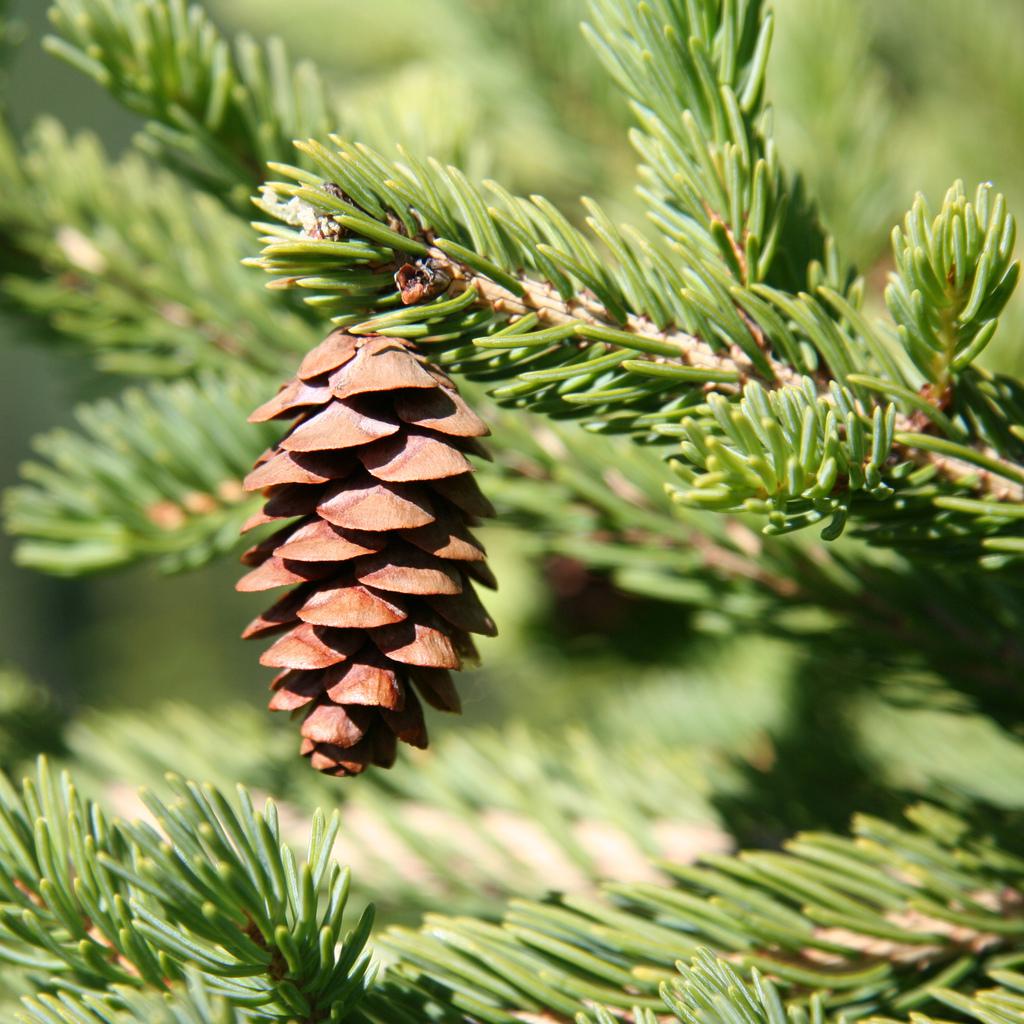 There are various species of Spruce. They can be hard to tell apart, but they all share certain characteristics. This evergreen, 60-100 ft tall with a cone-shaped silhouette, prefers moist sites in forests and mountainous regions.

Four-sided needles are arranged in a spiral around the stem. The needles are attached to small pegs that remain behind after the needles drop. The cones hang downwards and fall to the ground.

Did you know? The Indigenous peoples of North America used the strong, flexible roots to lace together the Birch bark in their canoes.