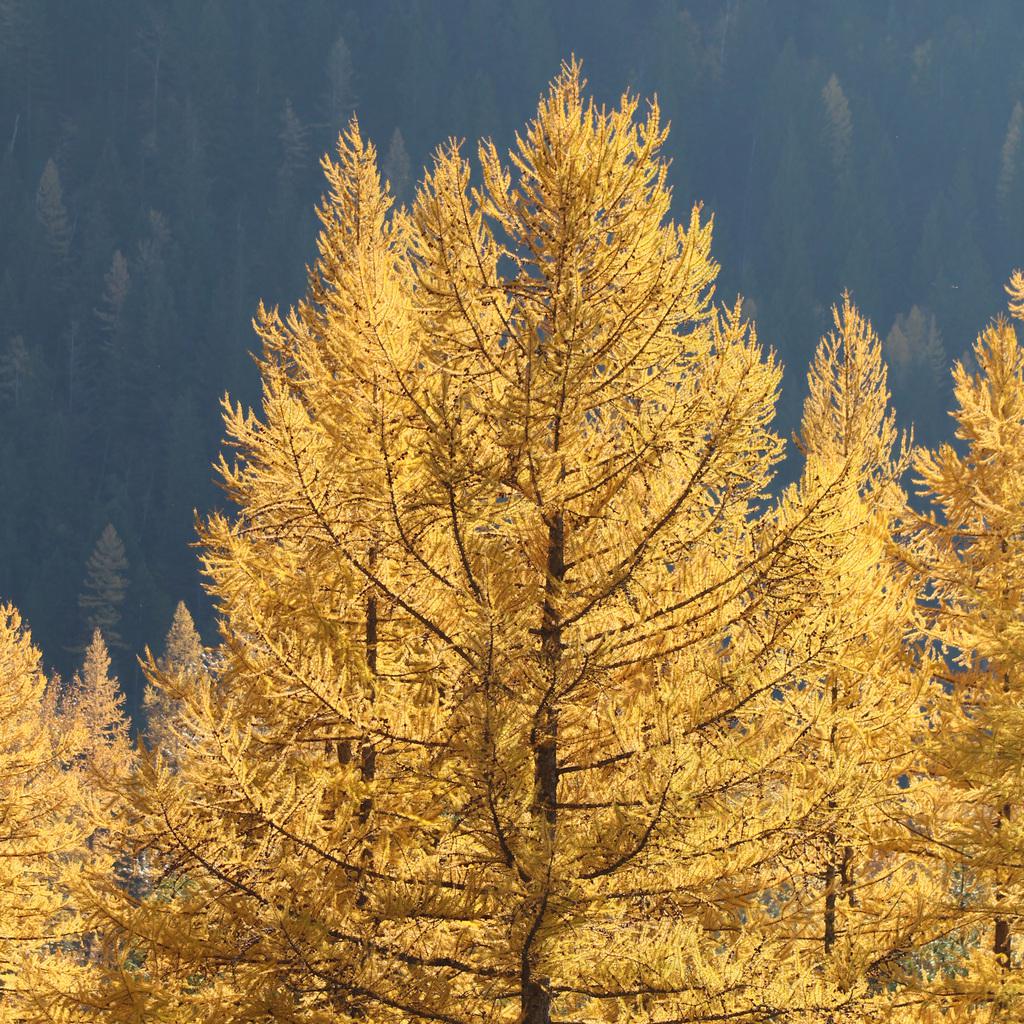 Western Larch has bunches of 15-30 light green, feathery needles (less than 2 in long) at the end of short spurs. The needles turn bright yellow before dropping in autumn. The tree is up to 150-200 ft tall and 4-7 ft in diameter. The first branches are often 50 ft up the tree. It is found in moist locations on northern mountain slopes and valley bottoms.

Western Larch has thick grooved bark with reddish-orange scales. The small, reddish-brown cones have long, slender bracts sticking out beyond the scales.

Could it be? Tamarack, also known as Eastern Larch, can be found across Canada and northeastern United States. It's not as tall as Western Larch.

Did you know? Western Larch is one of the most fire-resistant trees of the Pacific Northwest due to its thick bark (up to 6 in on an old-growth tree) and the height of its first branches.