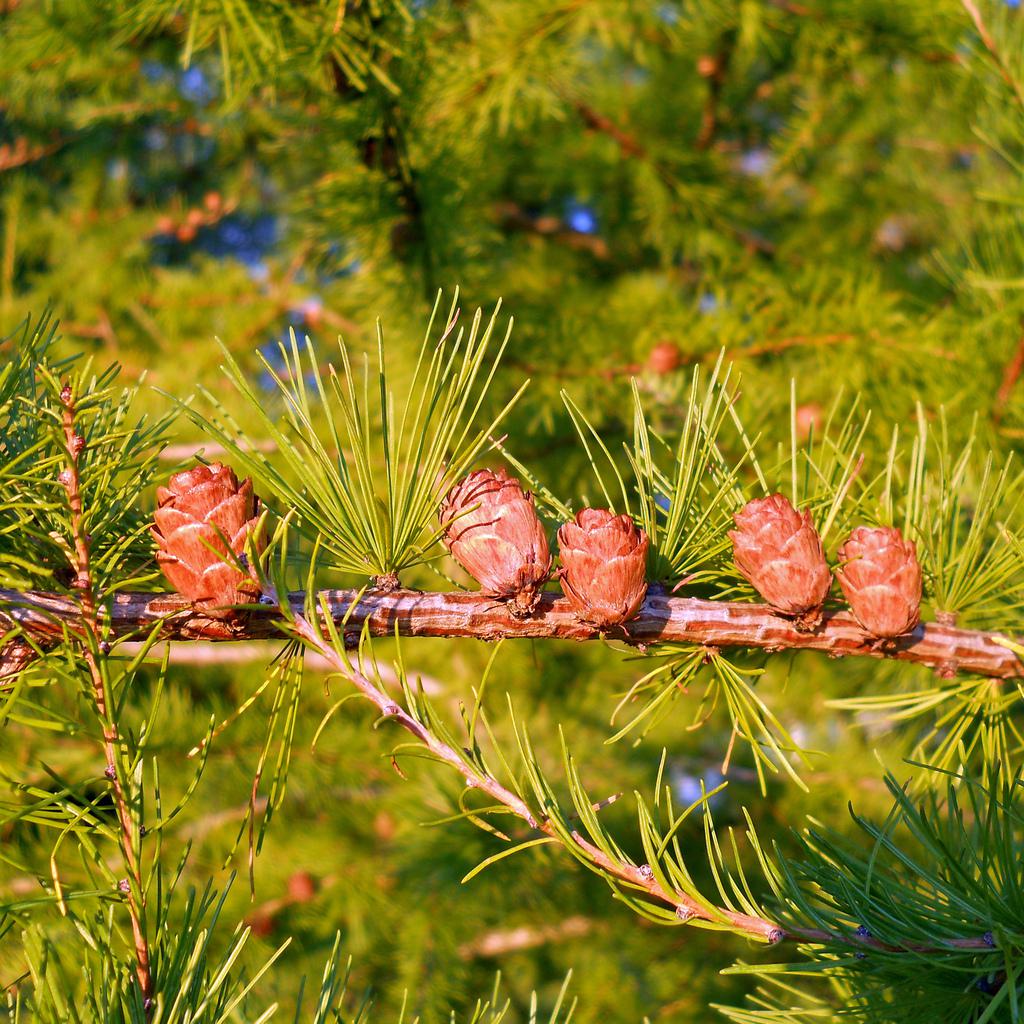 Tamarack is found across Canada and in the northeastern United States. Unlike most conifers, its needles turn golden and drop in the fall, growing new greenish-blue needles every spring. The needles are 5-7 in long and grow in clusters of 15-25.

Tamarack is a thin, medium-sized tree (50-65 ft) with reddish-brown bark that becomes scaly as the tree ages. It is often found alongside Black Spruce in bogs or marshes or on cool, moist, north-facing slopes.

Could it be? Western Larch looks much like Tamarack but is only found in the mountains of the Pacific Northwest and is very tall.

Did you know? Tamarack can tolerate very cold temperatures and can be found at the edge of the tundra on the Arctic tree line.