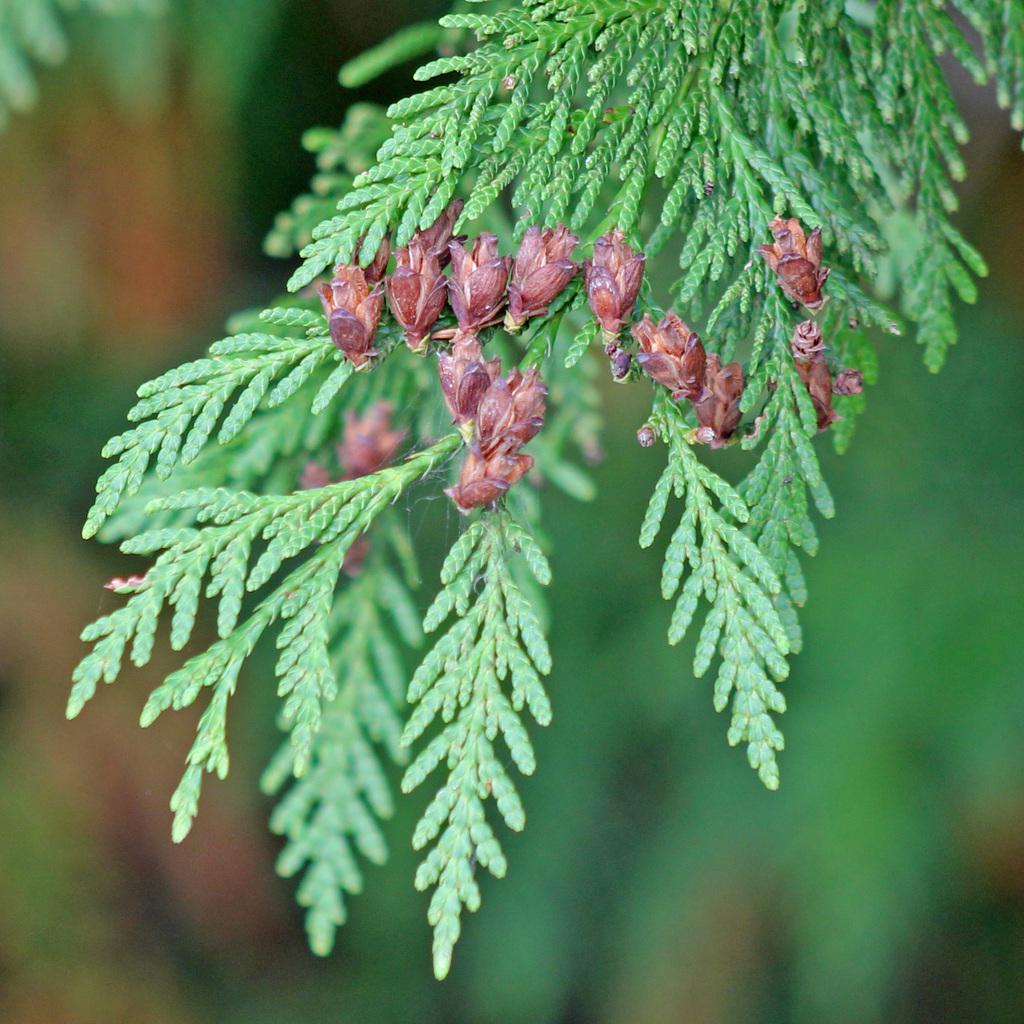 Western Redcedar is found along the coast from Alaska to California and in the western mountains. It's most commonly found in moist rainforests but can grow on dry or rocky slopes.

Western Redcedar is a tall (150-200 ft) tree with a conical or irregular crown and branches that turn up at the tip. The trunk spreads out at the base and is very broad. It has furrowed, stringy, gray to reddish-brown bark and flat sprays of fragrant scale-like leaves in alternating pairs; glossy green above and white-striped below. It has small (.33-.75 in), egg-shaped cones with overlapping scales.

Western Redcedar can live for up to 1000 years if left undisturbed and can reproduce from roots or branches of fallen trees (nurse logs).

Could it be? Yellow-cedar is very similar but has drooping branches and very small (.25-.5 in) berry-like cones that become brown and woody when mature. Redcedar's bark comes off in long strips while Yellow-cedar's gray-white to gray-brown bark flakes off in smaller sections. The needles and bark of Rocky Mountain Juniper are similar to those of Western Redcedar; however, Rocky Mountain Juniper has blue berry-like fruit while Western Redcedar has small, egg-like cones.

Did you know? This tree isn't actually a cedar. True cedars are only found in the Mediterranean; however, other trees are given this name if they are very fragrant.