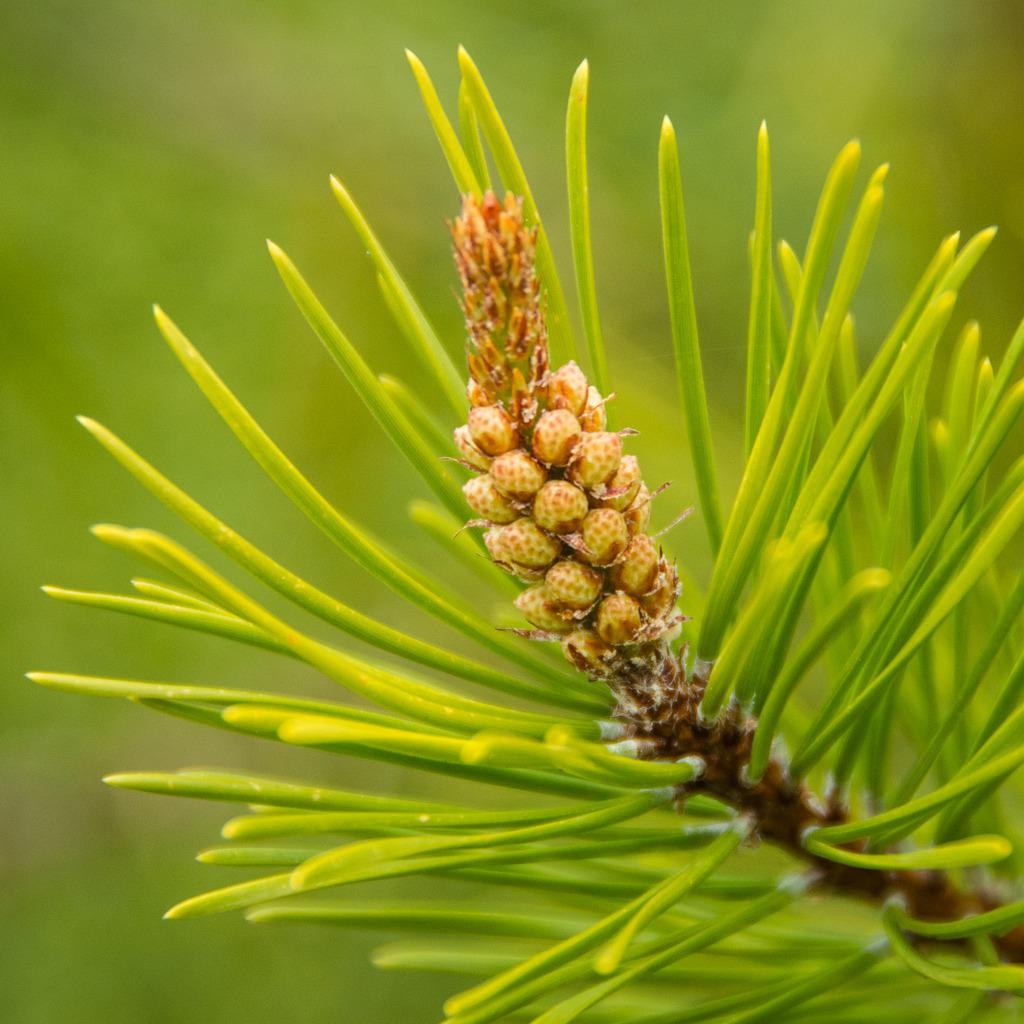 Lodgepole Pine is the most common and abundant tree in the Rocky Mountains and foothills of western North America. Found on lower mountain slopes, it has a thin, straight trunk (40-80 ft). If space is limited, branches will only appear on the top third of the tree.

The needles are paired and often twisted, forming dense clusters at the ends of branches. The cones are small and egg-shaped with prickles at the tip. They grow in small clusters, either at right angles to the branch or facing back towards the trunk.

Could it be? Shore Pine and Jack Pine also have bundles of two needles. Shore Pine, a variety of Lodgepole Pine, grows along the northern Pacific coast as a short, crooked tree. Jack Pine is widespread in northeastern North America, but the cones don't have prickles and point forward along the branch or curl around it.

Did you know? In the spring, look for clusters of reddish-green male pollen cones at the tips of branches. The pollen is so abundant it can be seen in patches on lakes or forming a yellow line marking the water level on rocks along the shore.