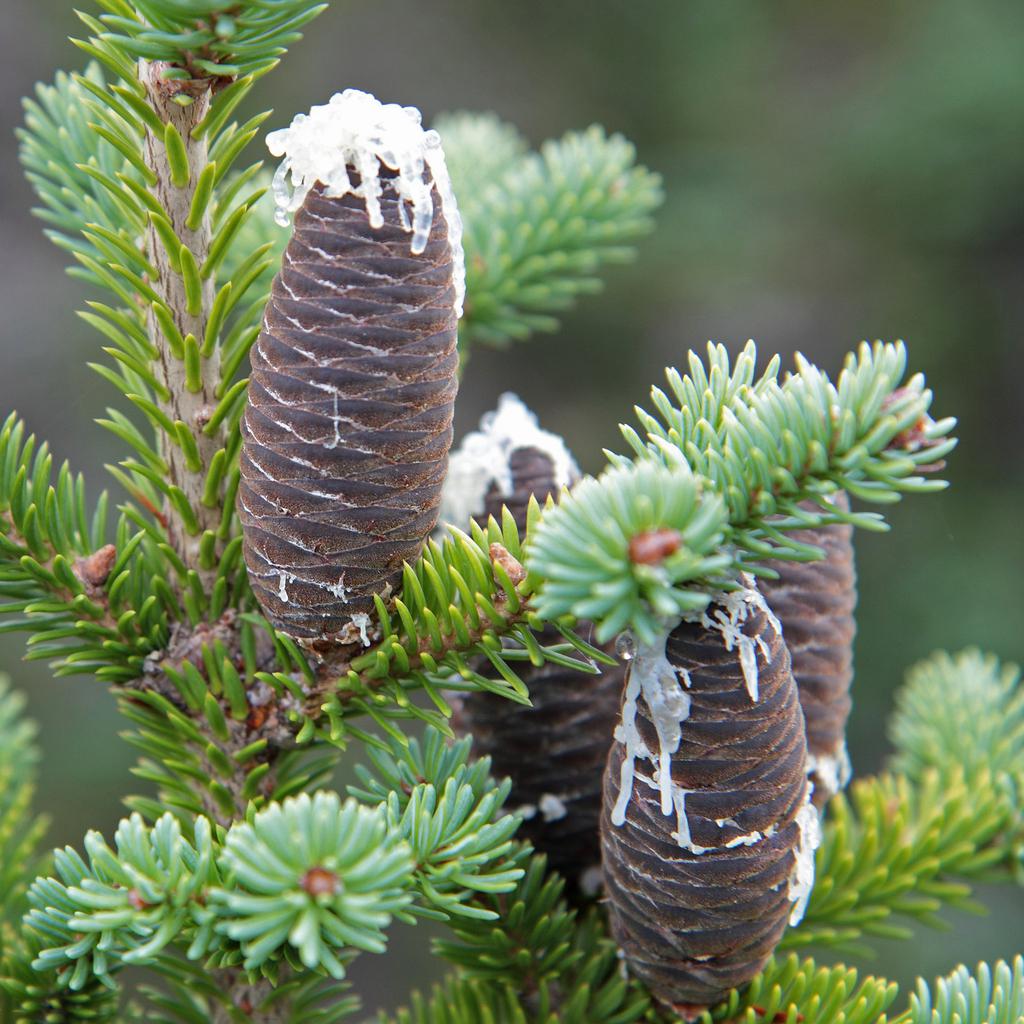 Balsam Fir is a tall (60-70 ft) narrow tree tapering to a skinny point. Its short (1 in) flat needles curve upwards, as do the barrel-shaped, grayish-brown cones. The cones disintegrate on the tree and don't fall off.

Balsam Fir grows from Alberta through to the Maritimes, around the Great Lakes, and along the Atlantic coast from Maine to Virginia.

Could it be? Similar species are the Subalpine Fir which grows at higher elevations and the Silver Fir that is found in Northwest coastal rainforests.

Did you know? Balsam Fir's thick branches provide winter cover for wildlife. The seeds, twigs, and bark provide food for Mice and Squirrels as well as Bears and Moose.