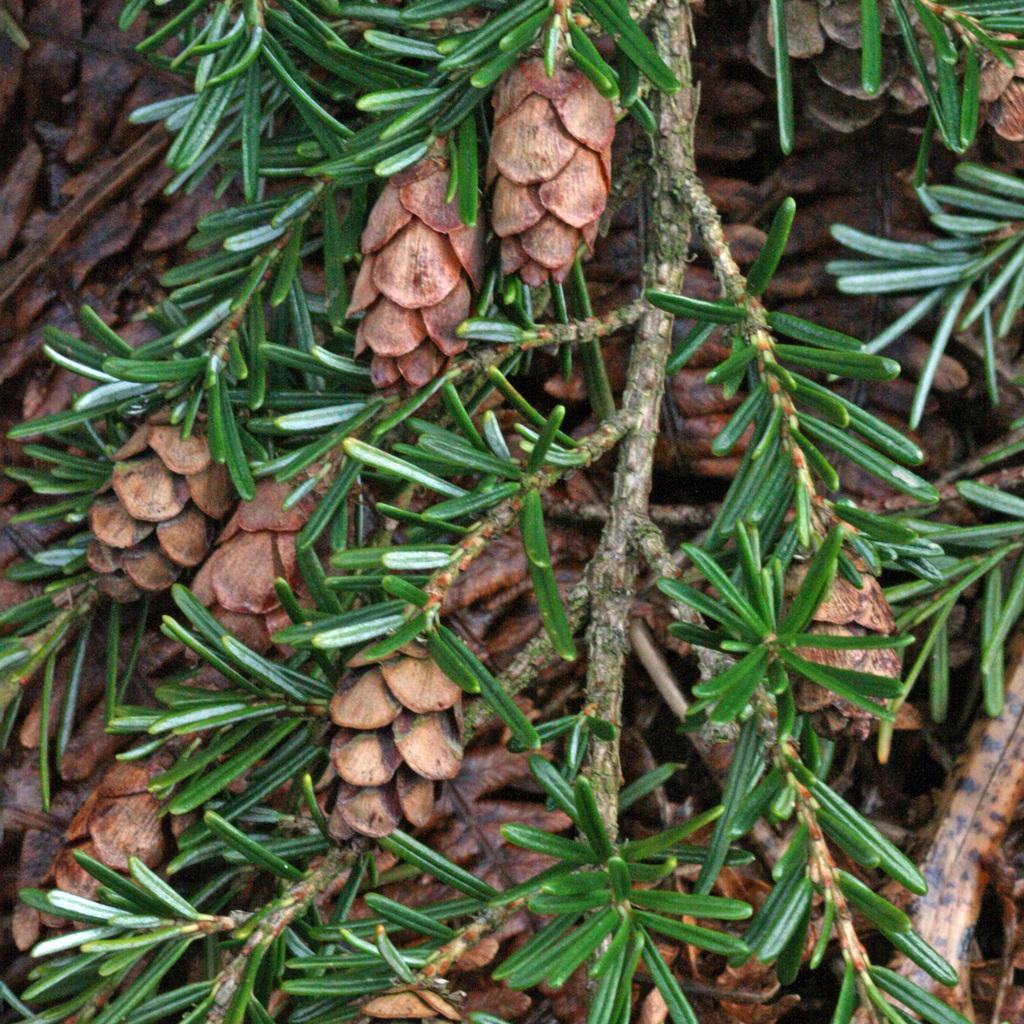 photo by S. Rae CC BY

Western Hemlock is a tall evergreen (90-200 ft) with a narrow crown. The new growth at the top of the tree often droops. Most of the branches swoop downwards. It's common in the mild, humid climate of the Pacific Northwest and is often found growing below other trees as it's shade-tolerant.

The needles are short, flat, and of unequal length with a soft, feathery appearance. They are yellowish-green on top and white below. The bark is red to dark brown, furrowed, and scaly. It has numerous small oval (.5-1 in) cones hanging from the end of twigs.

Mountain Hemlock is less common and usually found at higher elevations. Its blue-green needles are all the same size and uniformly arranged around the twig; small clusters can appear star-like. Its cones are cylindrical and 2-3 times larger than those of Western Hemlock.

Did you know? Western Hemlock has a very shallow root system. It can be blown over in a wind storm and is easily damaged by fire.