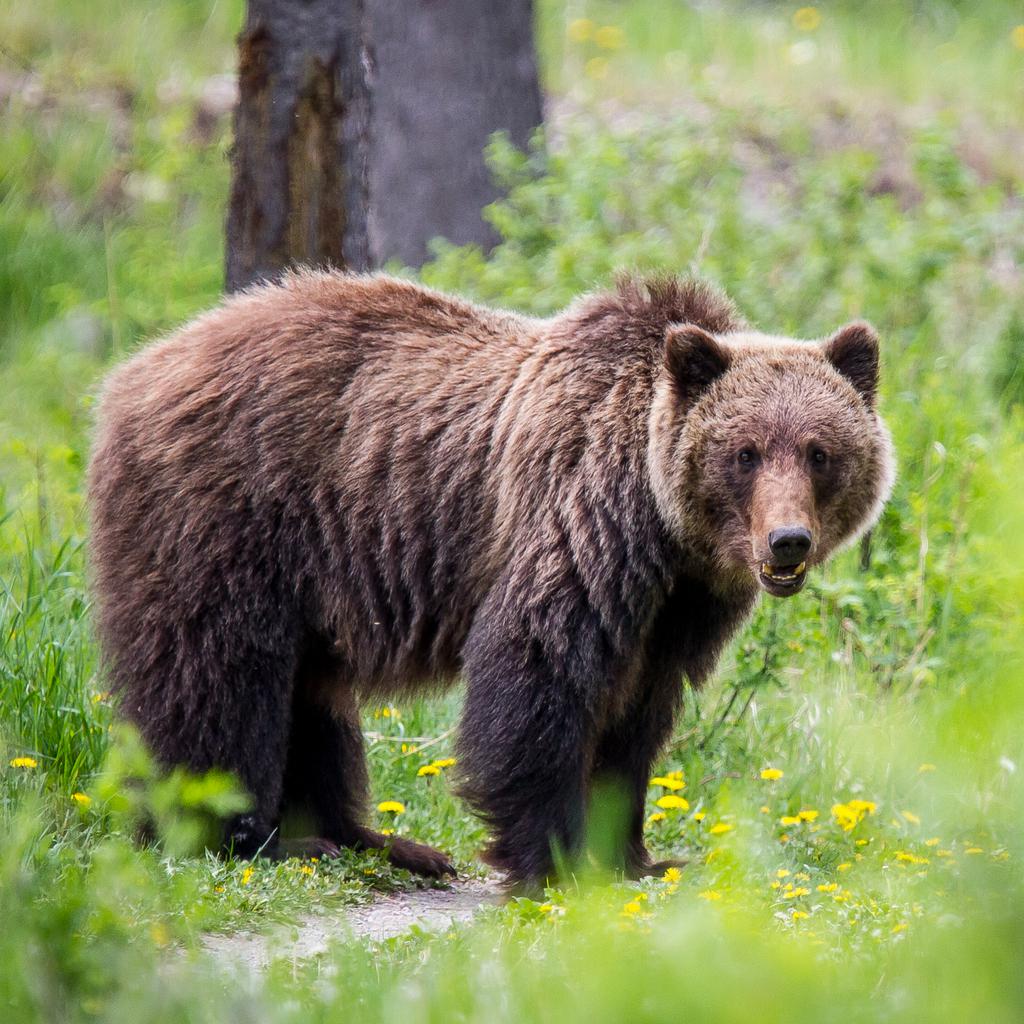 5-7 ft tall and weighing up to 800 lbs with a pronounced shoulder hump, Grizzly Bear are one of three bears found in North America. Their fur varies in color from blond to black.

Grizzly Bear are adaptable and can be found on northern tundra, prairies, foothills, and forests. They eat plants, insects, animals, and fish. One good place to spot them is fishing in an Alaskan river as the salmon swim upstream to spawn.

Grizzly Bear can hibernate for up to 7 months in cooler climates, but in warmer climates or urban areas bears don't hibernate thanks to a plentiful food supply.

Could it be? Grizzly Bears' size and color vary and are not a useful way to distinguish Grizzly and Black Bear. Check instead for the Grizzly Bears' smaller, rounded ears and much larger claws.

Did you know? Female Grizzlies don't have babies until they are 5-8 years old. They stay with their offspring, avoiding male Grizzlies, for 3 years.