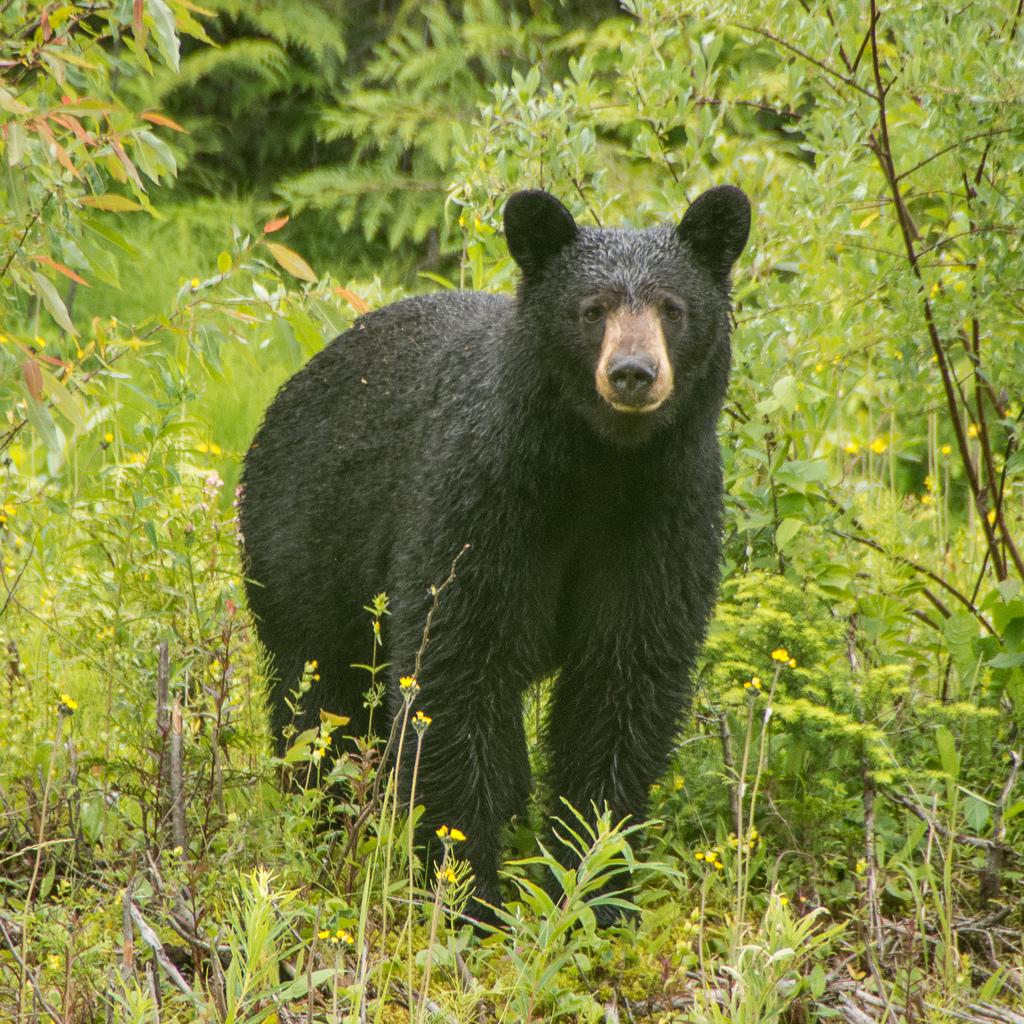 Black Bear are North America's most common bear and are found in every Canadian province and territory apart from Prince Edward Island. In the United States, they can be found in Alaska, along the west coast, and in the Appalachian and Rocky Mountains. They are found in forested, often mountainous, areas with pools or streams as well as fruits, nuts, and berries for them to eat. They can be found at lower altitudes and in urban areas when food is scarce or when fruit and berries are in season.

Black Bear eat 80% plant matter supplemented by insects, animals, and fish. They're dormant in the winter in cooler climates but not in warmer climates or urban areas where there is a plentiful food supply all year round.

Could it be? Black Bear are 5-6 ft long and weigh 200-600 lbs. Their size and color (from white to brown to black) vary and are not a useful way of distinguishing Black Bear from Grizzly Bear. Black Bear have larger, pointed ears and smaller claws than Grizzly Bear. They don't have a shoulder hump, and in profile there is a straight line between their nose and their forehead.

Did you know? Black Bear are good swimmers and climbers. They walk slowly but can run short distances at speeds of up to 25-30 miles per hour.