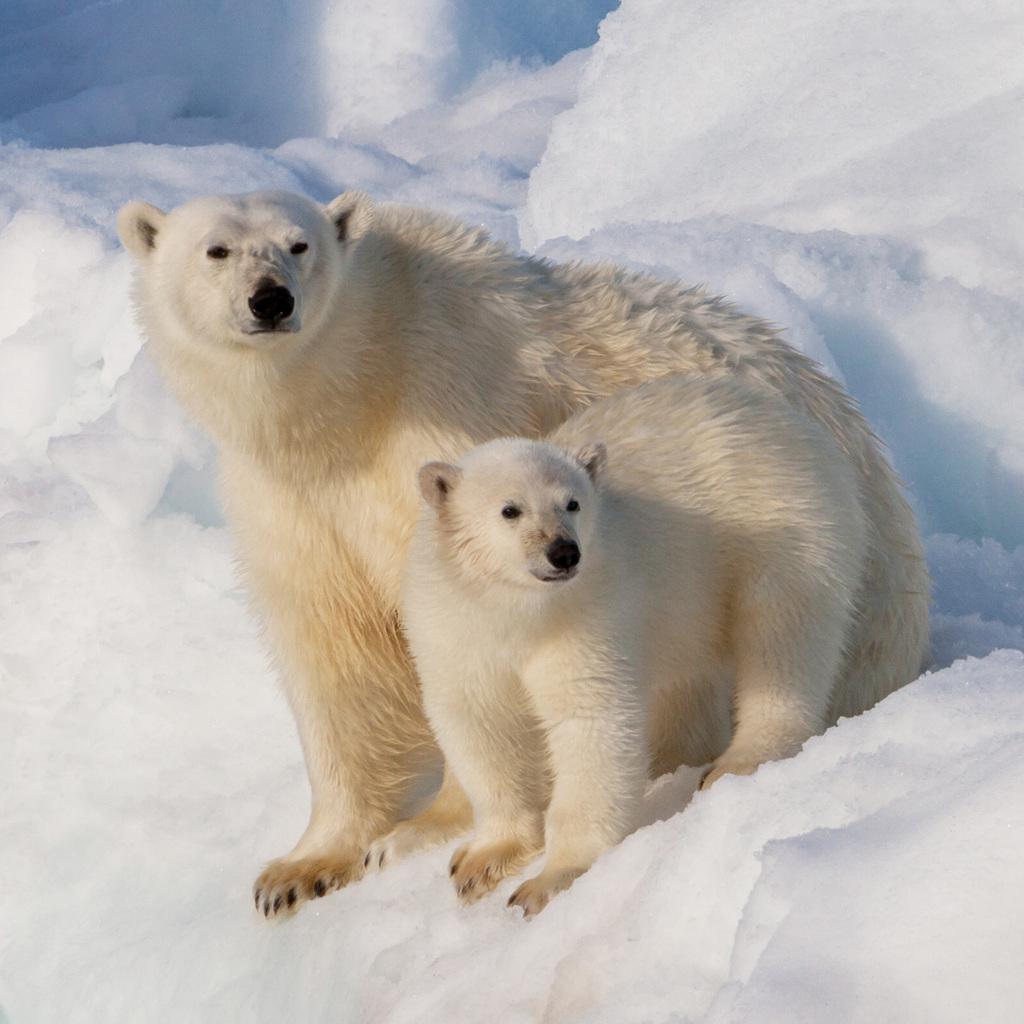 Polar Bear are found off the coasts of Alaska and northern Canada as far south as James Bay. They are 8 ft long and weigh 900-1600 lbs. Their long white fur and a layer of fat keep them warm.

Cubs are born between late November and early January. The bears' main source of food is Seal.

Did you know? Polar Bear spend almost their entire lives on sea ice. This is where they hunt, mate, and raise their young.