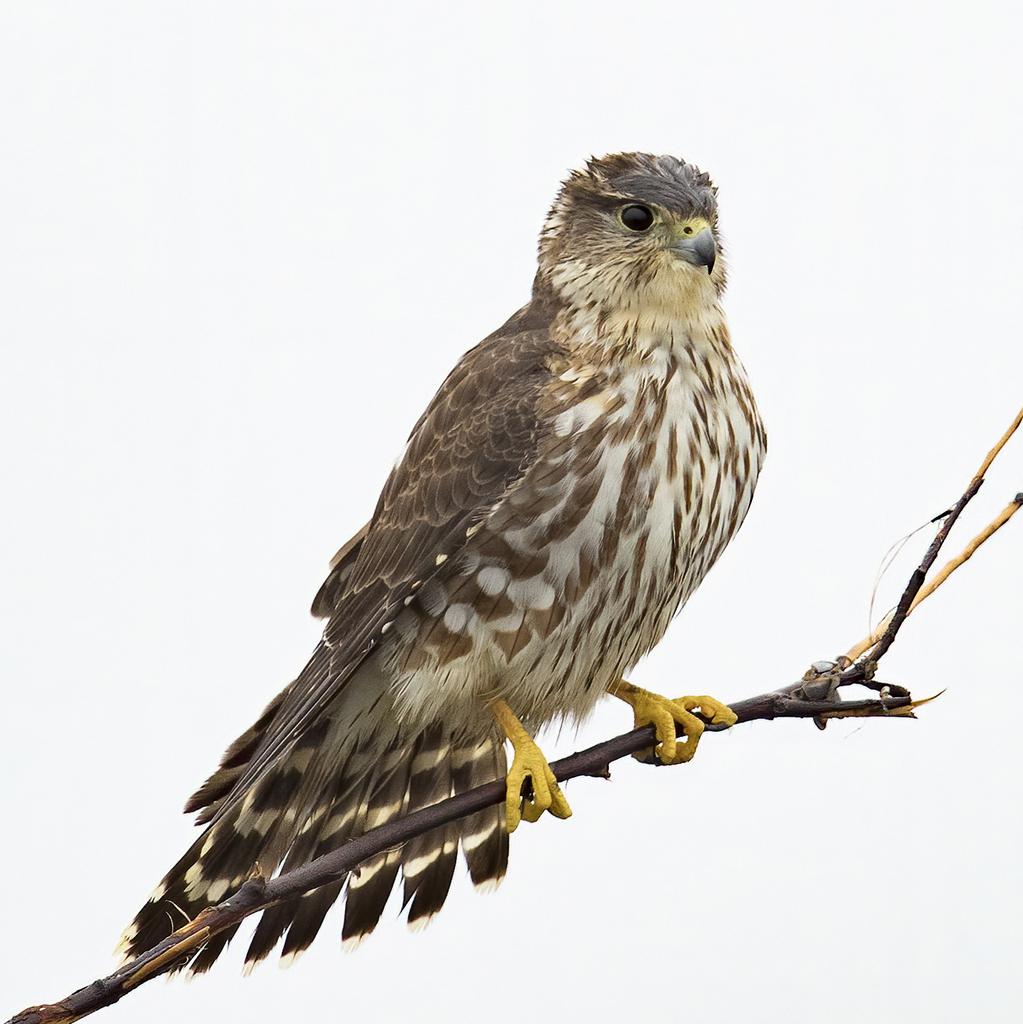 Merlin are small, stocky falcons (9-12 in long, 21-27 in wingspan) with sharply pointed wings, a broad chest, and a banded, medium-length tail. Males have a dark gray head and back. The chest is heavily streaked. The females are larger than the males and brown rather than gray. Both males and females have a shrill chattering cry that can last 4 seconds.

Merlin can be found year-round along the coast of Alaska and British Columbia, in southern Saskatchewan and Alberta, and in parts of Montana, Wyoming, Idaho, and North Dakota. They spend their summers across Canada, in Washington, Oregon, Maine, Vermont, and New Hampshire. They can be found in the western and coastal United States during the winter.

Merlin prefer open forests, grasslands, and coastal areas where there are flocks of small songbirds or shorebirds. They can sometimes be found in prairie towns and cities where they can count on a steady supply of House Sparrow.

Merlin fly fast and low with rapid wingbeats and are fierce hunters. You may spot them perched on a pole, scanning the open area around them for small birds, large insects (especially Dragonfly), or Bats, which they capture in mid-air.

Male Merlin perform spectacular flight displays when courting, diving, gliding, rocking from side to side, and fluttering in slow circles. The females lay their eggs in abandoned Hawk or Crow nests and occasionally in a tree cavity or on a cliff.

Could it be? Merlin are darker than other falcons, have less noticeable markings on their face, and beat their wings more rapidly when flying. Kestrel are smaller and more colorful than Merlin with black stripes on their cheeks. Peregrine Falcon are larger with a dark helmet.

Did you know? Merlin will sometimes hunt in pairs. One will disturb a flock of waxwings from below and the other will take advantage of the confusion to attack.