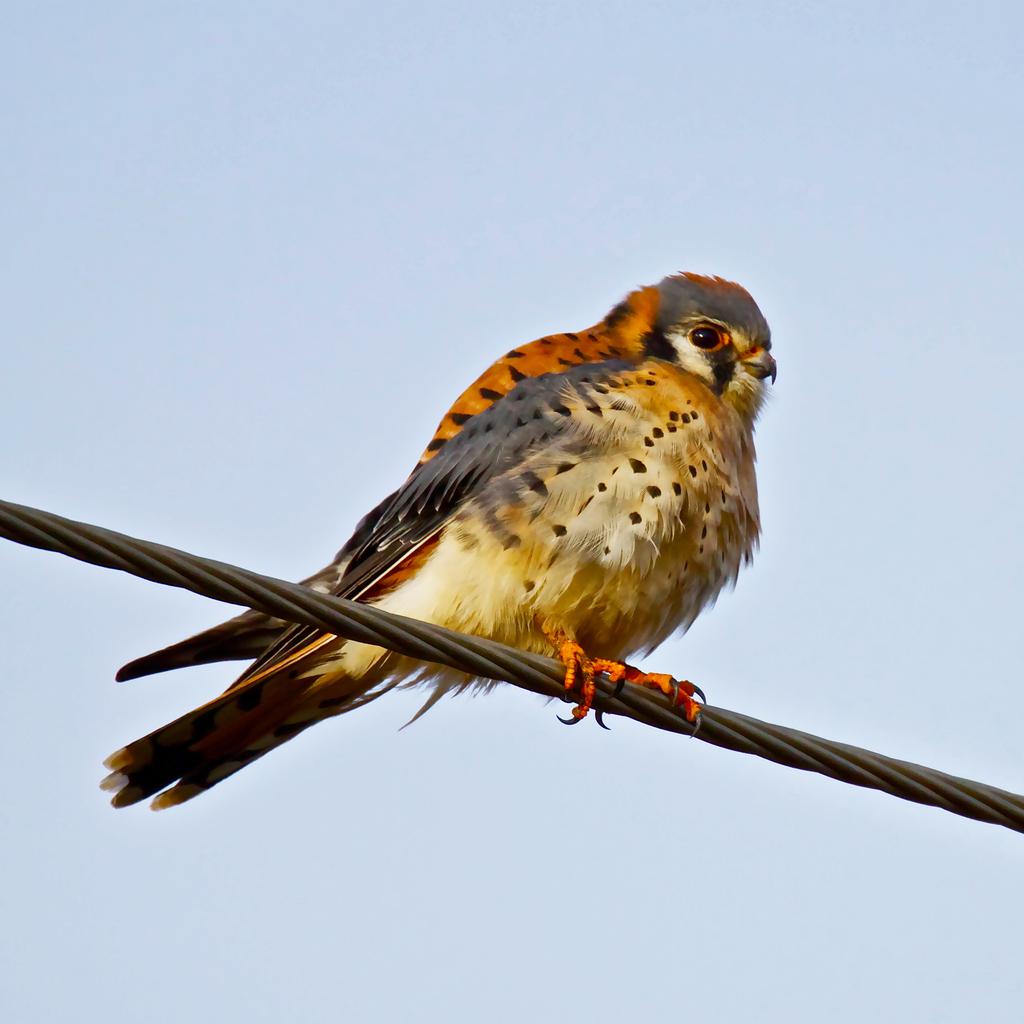 Less than a foot long with a wingspan under 2 ft, American Kestrels are North America's smallest falcon. They're colorful birds with reddish-brown bodies, a pale belly, and two vertical black stripes on either side of their white cheeks. The males have a blue-gray head and wings.

Kestrel hunt for insects, small rodents, and birds in open grassy or desert areas with few trees. They nest in holes of trees, rocks, or buildings. Look for them perched on fence posts and utility poles or hovering over a field on rapidly beating wings.

Could it be? Merlin are larger, bulkier, and browner without the black slashes on the head. Sharp-shinned Hawk have broader wings, longer tail, and more defined markings on their chest. Mourning Dove are pale brown with a small head and long, pointed tail.

Did you know? If Kestrel kill more than they can eat, they hide the excess in holes or under grass clumps and tree roots for days when they're less successful.