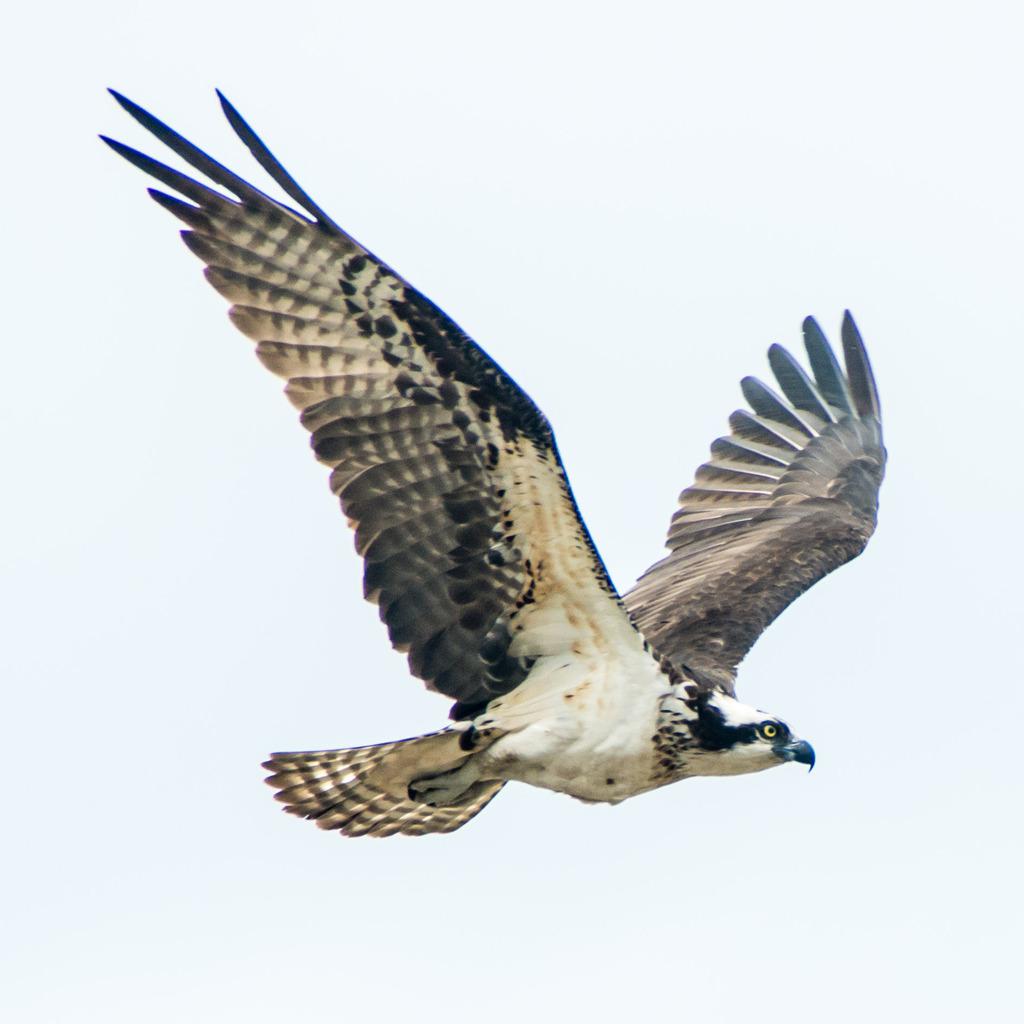 A very large hawk (21-23 in) with a 5 to 6 ft wingspan, Osprey spend their summers on the rivers, lakes, and coast of Alaska, Canada, and the Rocky Mountains of the northern United States. If you're lucky, you'll spot an Osprey plunging feet first into a lake to catch a fish in its claws. They winter along the coast of southern California and the Gulf of Mexico.

Osprey are brown above and white below with a white head and a brown stripe across the eyes and cheeks. When they fly, there is a distinctive kink in their wings in the shape of an M.

Osprey build large stick nests near water on poles or dead trees. They lay 2-3 eggs per year. The first chick hatches almost 5 days before the last one and the mother stays with the young until they're ready to fly (50-55 days).

Could it be? Bald Eagle frequent similar habitats, but they are larger, stockier, and don't have the Osprey's clean white underparts.

Did you know? Osprey have gripping pads on their feet to help them hold and carry fish for long distances. They are the only North American hawk to eat live fish.