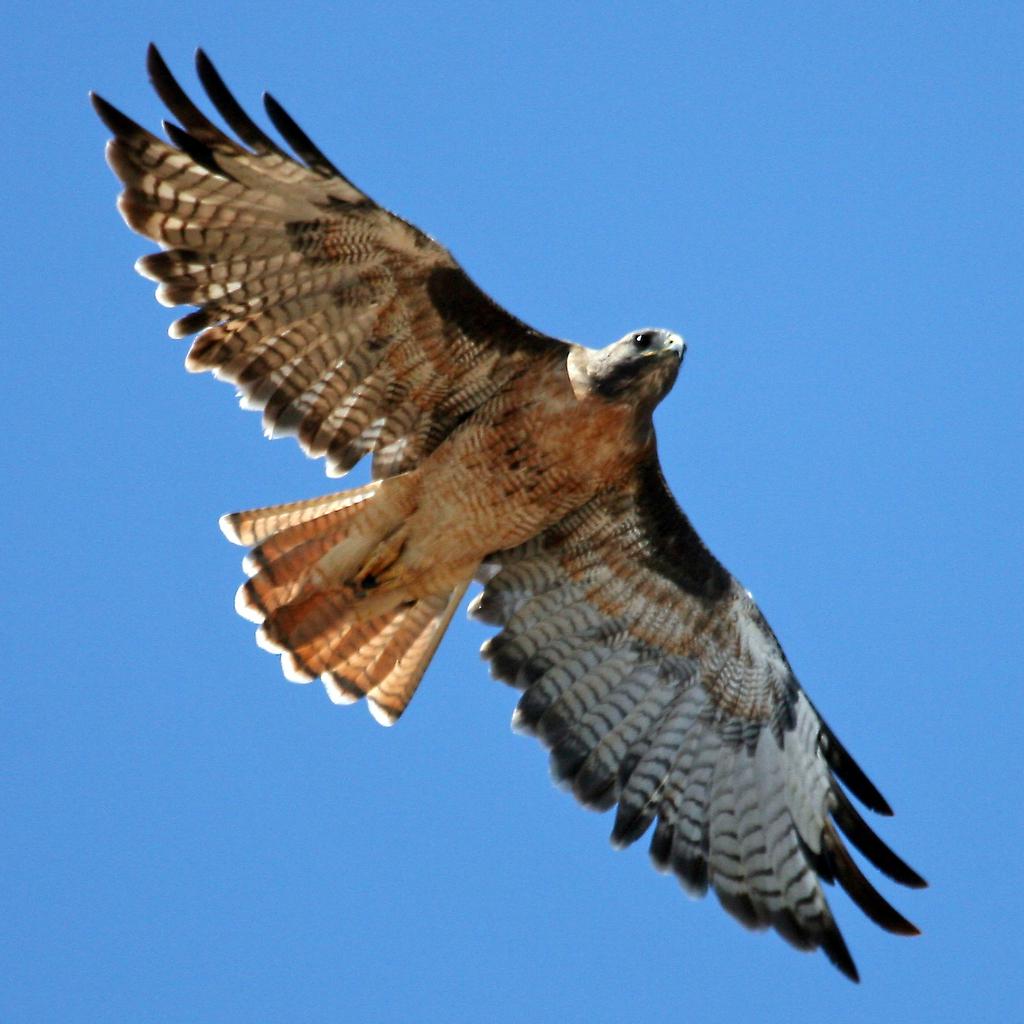 photo by Mike Baird CC BY

Look for Red-tailed Hawk soaring in circles over open fields or perched on poles and fence posts. They're found across Canada in the summer and year-round in the United States and are the most commonly seen hawk in North America.

A large bird (18-26 in, wingspan of 45-52 in) with a rusty-red tail, Red-tailed Hawk are usually a rich brown color above and pale below with a pale face, but this can vary with some birds much darker than others. They have broad rounded wings and a short wide tail. A dark bar at the edge of their wings is visible in flight.

Red-tailed Hawk build bulky stick nests, usually in a tree or on a cliff ledge. Their diet consists of small mammals, birds, and snakes.

Could it be? Red-shouldered Hawk are smaller with warm red markings on the breast. Swainson's Hawk have a dark chest and dark edges to their wings. Turkey Vulture can look similar from a distance but have longer, more rectangular wings, which they hold above the horizontal to form a V. They are less steady when soaring.

Did you know? Birds are amazingly adapted for life in the air. Red-tailed Hawk are one of the largest North American birds, but they weigh at most 3 pounds. Dogs of a similar size weigh 10 times as much.