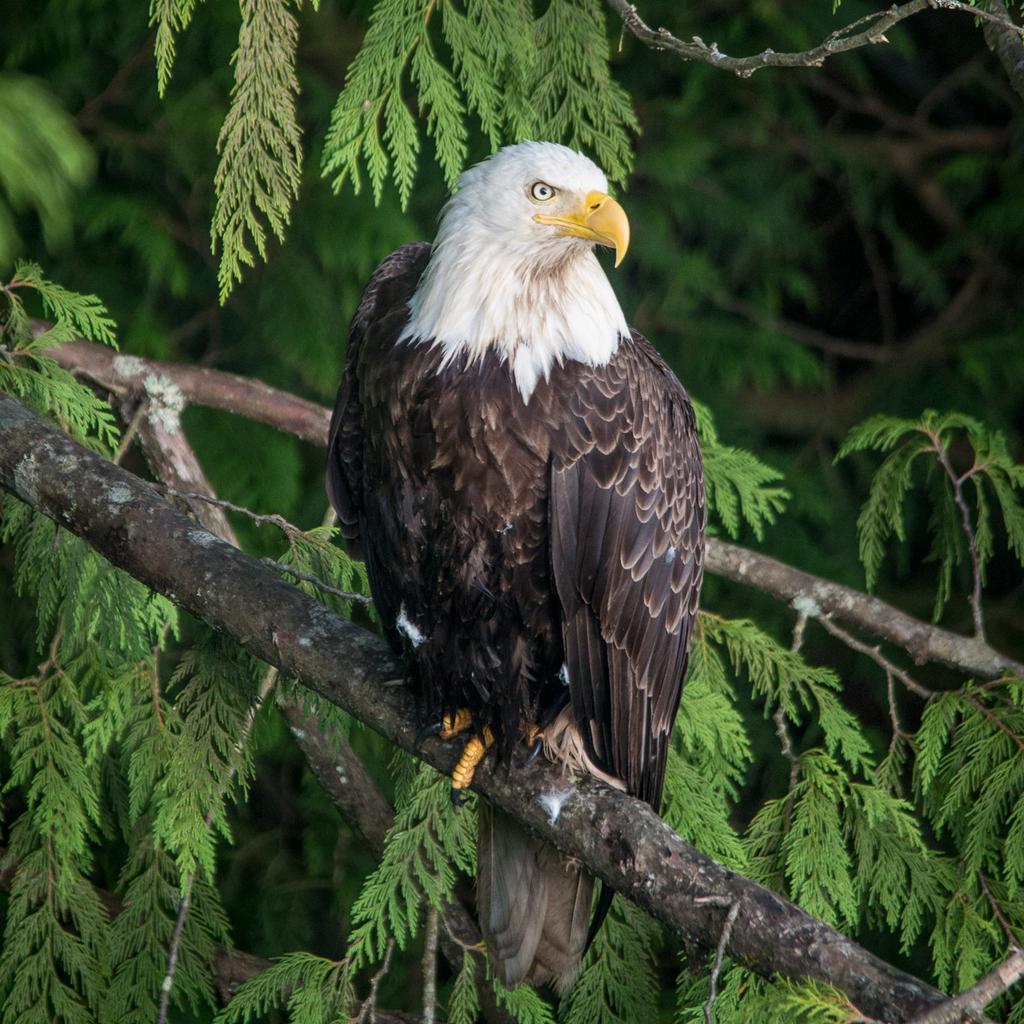 Bald Eagle are large birds (2-3 ft, 5.5-7.5 ft wingspan) with a white head and tail, a chocolate-brown body and wings, and a hooked yellow beak. Young birds have mottled white on brown markings and their head isn't white.

You'll find Bald Eagle in forested areas near coasts, rivers, and large lakes where they make enormous nests out of sticks in large trees near the water. Their outstretched wings are flat as a board when they fly.

Look for Bald Eagle in areas where fish are plentiful: near fish processing plants, spawning runs, and below dams. They can be found year-round along the Pacific coast from Alaska to northern California; the mountainous regions of Washington, Idaho, and Montana; around the Great Lakes; in the Mississippi river valley; and in Canada's Maritime provinces. Migratory birds spend their summers in Alaska and Canada and their winters in the United States.

Bald Eagle often mate for life after an aerial courtship display in which they grasp talons in mid-air and plummet hundreds of feet.

Bald Eagle congregate at communal roosts and feeding sites, particularly in winter. They eat mainly fish but also animals, gulls, and waterfowl. They scavenge many meals by stealing from other birds or eating garbage.

Did you know? Bald Eagle can reach speeds of up to 100 mph when diving or 40 mph when cruising. Young birds are nomads, exploring vast territories and flying hundreds of miles per day.