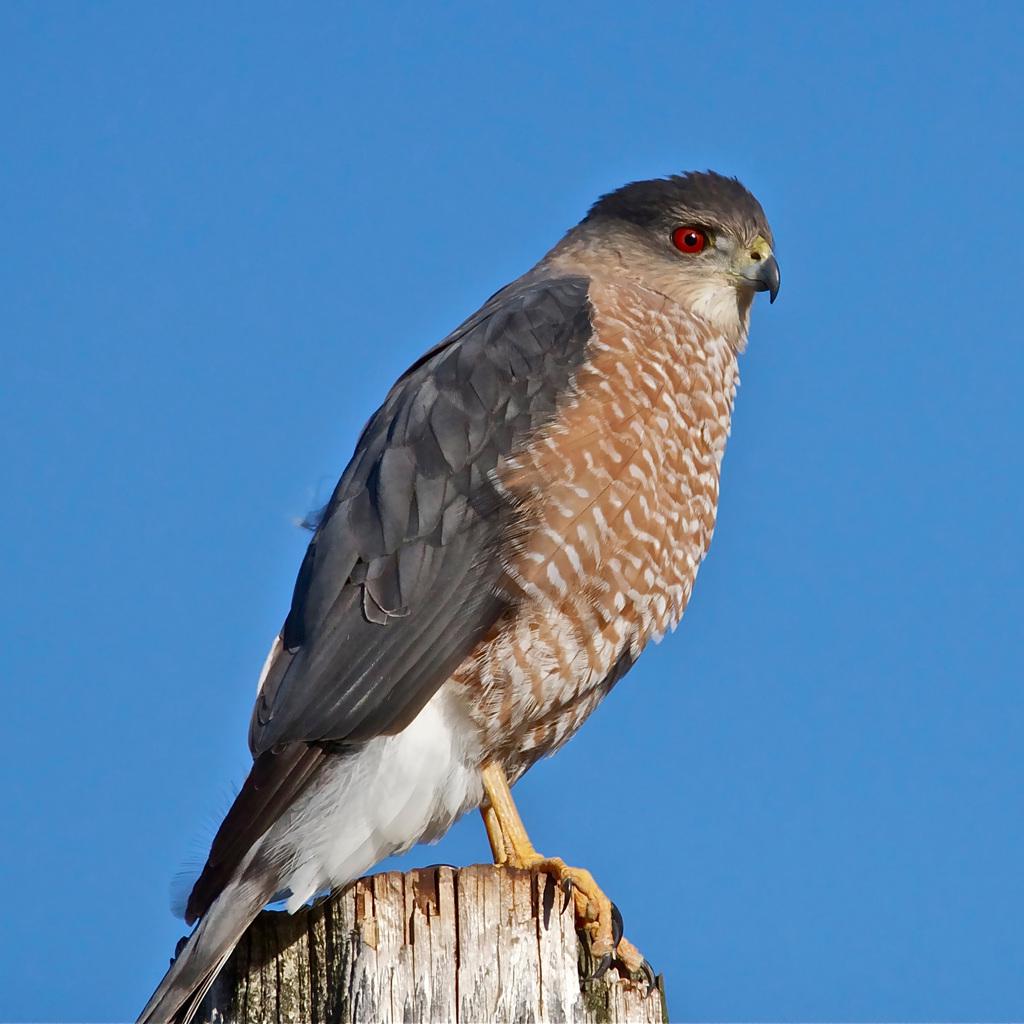 Sharp-shinned Hawk (Sharpie) are the smallest North American hawk (9-14 in) with a small head, short wings, long legs, and long tail. They can be hard to spot as they hide in bushes and wooded areas, ready to leap out and pounce on passing songbirds. However, they can often be seen in large numbers during migration.

Sharp-shinned Hawk have a dark gray back and head and a white breast with reddish-orange streaks. Juveniles have a brown back and head. There are broad dark bands across their tail.

Could it be? Cooper's Hawk are more common in urban areas and have a larger head that extends well beyond the bend in their wings when in flight. Merlin have pointed wings, a shorter tail, and usually hunt in the open.

Did you know? Small birds make up 90% of the Sharp-shinned Hawk's diet and are plucked before eating.