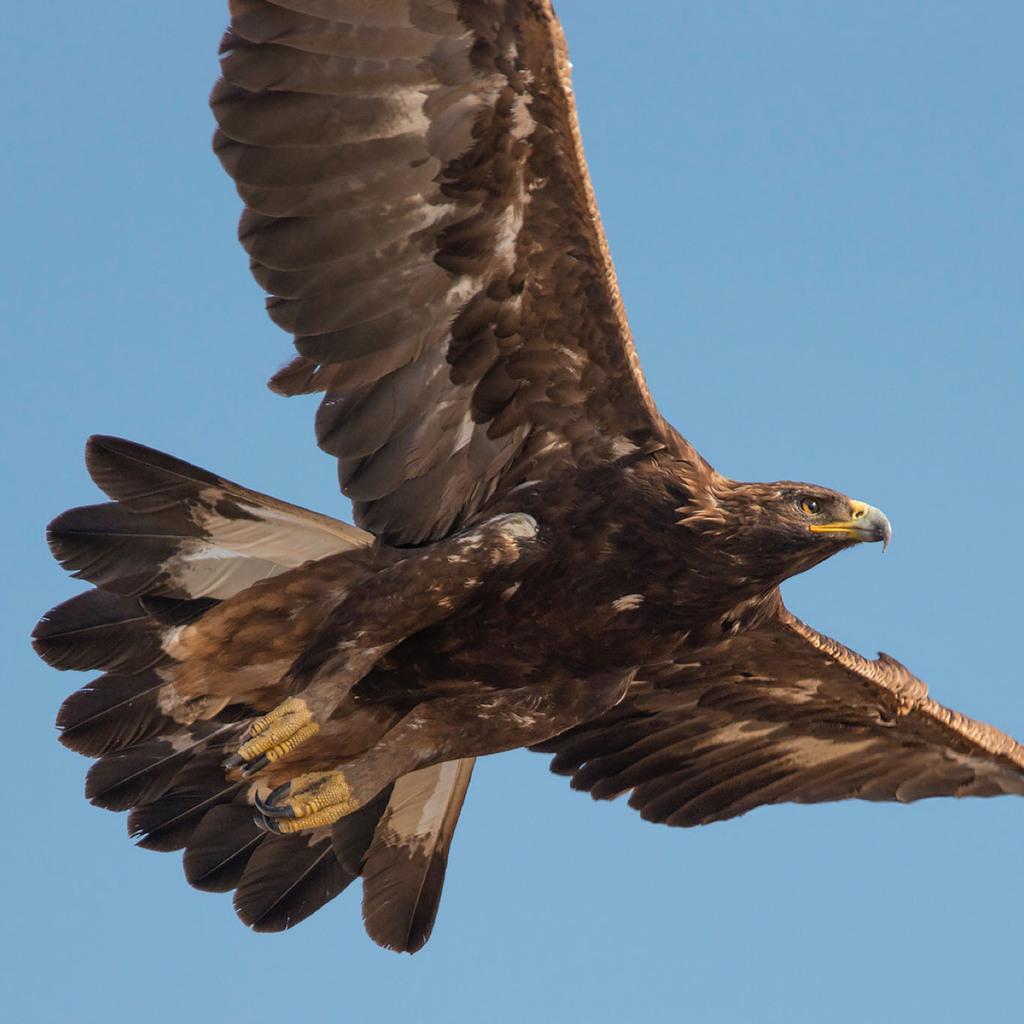 Golden Eagle soar or glide with wings lifted in a slight V and wingtip feathers spread out like fingers over open, undeveloped grasslands near mountains, hills, and cliffs. These large birds (26-38 in) have a wingspan of 6-7 ft. The adults are dark brown with golden-brown feathers on the back of their head and neck. The young have white patches under their wings and at the base of the tail.

Golden Eagle usually nest on cliffs but may nest in trees or on tall human-made structures. They hunt mostly small animals (rabbits, hares, ground squirrels, prairie dogs). They can be found year-round in western North America's mountainous regions. Migrating birds spend the summer in northern Canada and Alaska, heading to the midwestern United States from North Dakota to Texas in winter.

Could it be? Bald Eagle have a larger head and soar with wings flat like a board. Turkey Vulture have a much smaller head and hold their wings in a pronounced V-shape.

Did you know? The Golden Eagles' territorial/courtship display is known as sky dancing and consists of a series of steep dives and upward swoops.