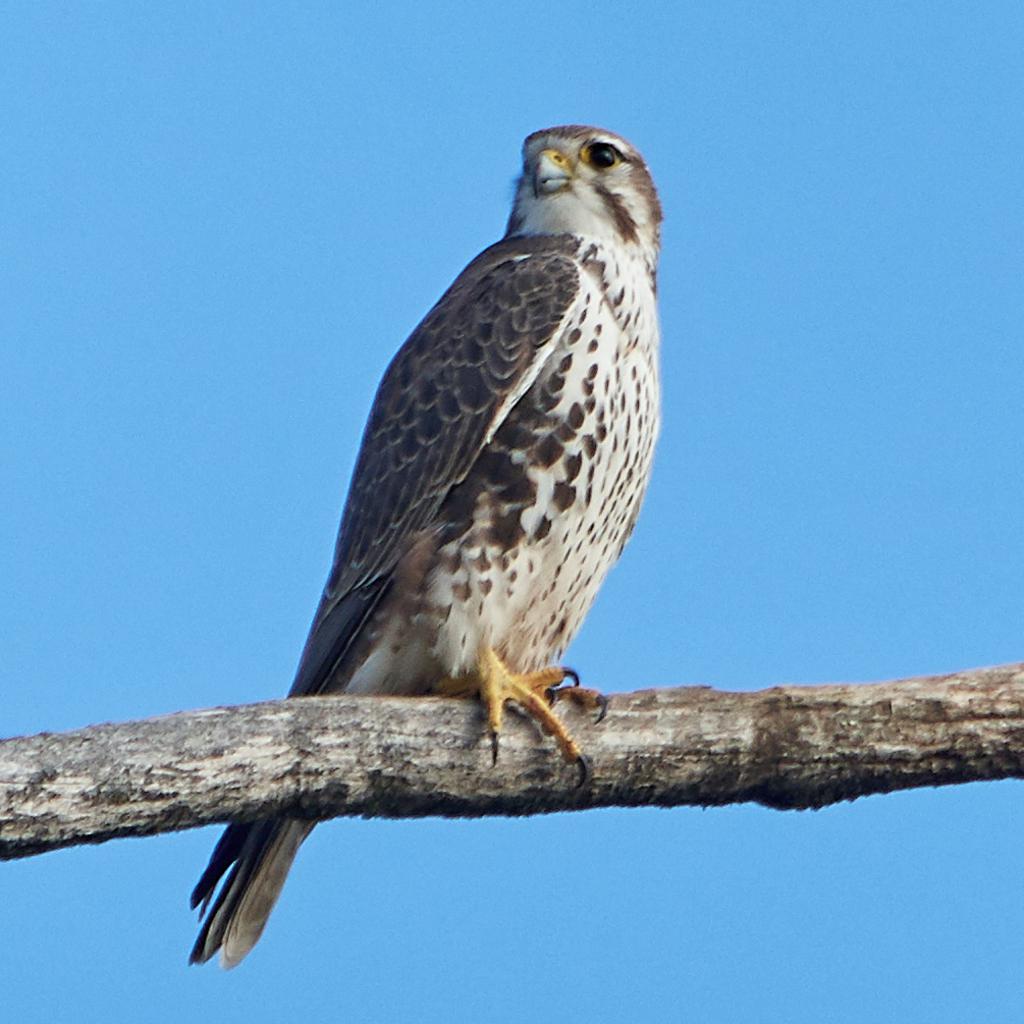 Prairie Falcon can be seen flying low over western deserts and grasslands from southern British Columbia, Alberta, Saskatchewan, and Manitoba south to California, Arizona, and New Mexico. They nest on ledges or crevices of cliffs and avoid forested areas and coasts.

Prairie Falcon are large (15-18 in, 35-45 in wingspan) with a light-brown upper body and a cream-colored chest streaked with brown. There are brown vertical streaks below their eyes and dark-colored patches at the base of each wing on the underside.

In summer, Prairie Falcon catch small animals, such as Richardson's Ground Squirrels, but in winter they prey on small birds, such as Horned Lark and Western Meadowlark.

Could it be? Peregrine Falcon are a similar size but darker and don't have dark patches under their wings. Kestrel and Merlin are both much smaller.

Did you know? During courtship, the male and female spend a month or more visiting potential nest sites together.