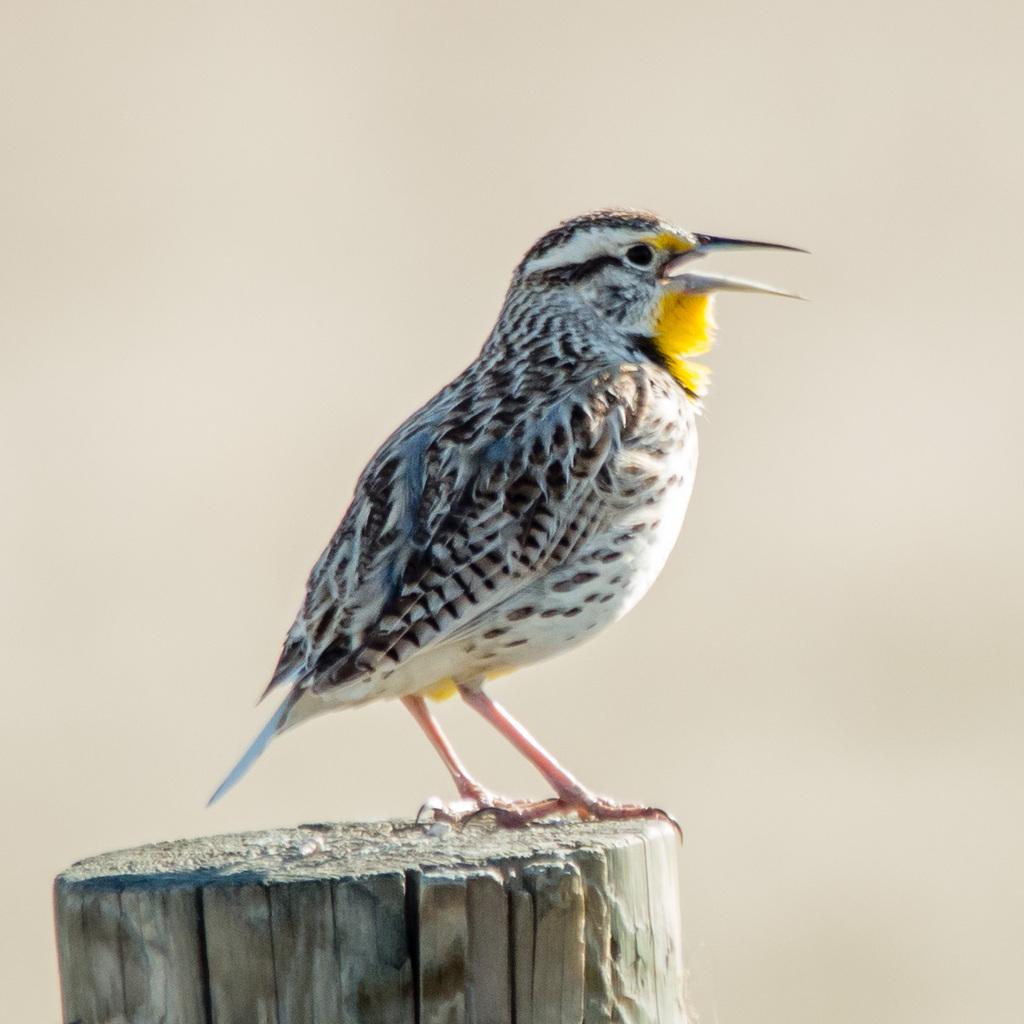 Western Meadowlark have a bright yellow breast and a black v-shaped necklace. Their upperparts are streaky brown and black and their round-shouldered posture nearly conceals their neck. They are the size (6-10 in) of a Robin but chunkier with a shorter tail.

Western Meadowlark spend their summers in the open grasslands and fields of southern Canada and the United States from the west coast as far east as the Great Lakes. They can be found year-round in the west-central United States. Northern birds migrate to the southern part of the range in winter.

Western Meadowlark forage on the ground for insects and seeds. They require some cover to shield their nests so numbers have declined in intensive agricultural areas. Males sit on fence posts and other high points and sing to defend their breeding territory in spring and summer.

Could it be? Eastern Meadowlark look very similar but have a different song and call. It can be hard to tell the two varieties apart in the midwest and south where their ranges overlap. Female Yellow-headed Blackbird have more yellow on the head and a darker body.

Did you know? Male Western Meadowlark usually have two mates at the same time, bringing food to both nests once the chicks have hatched.