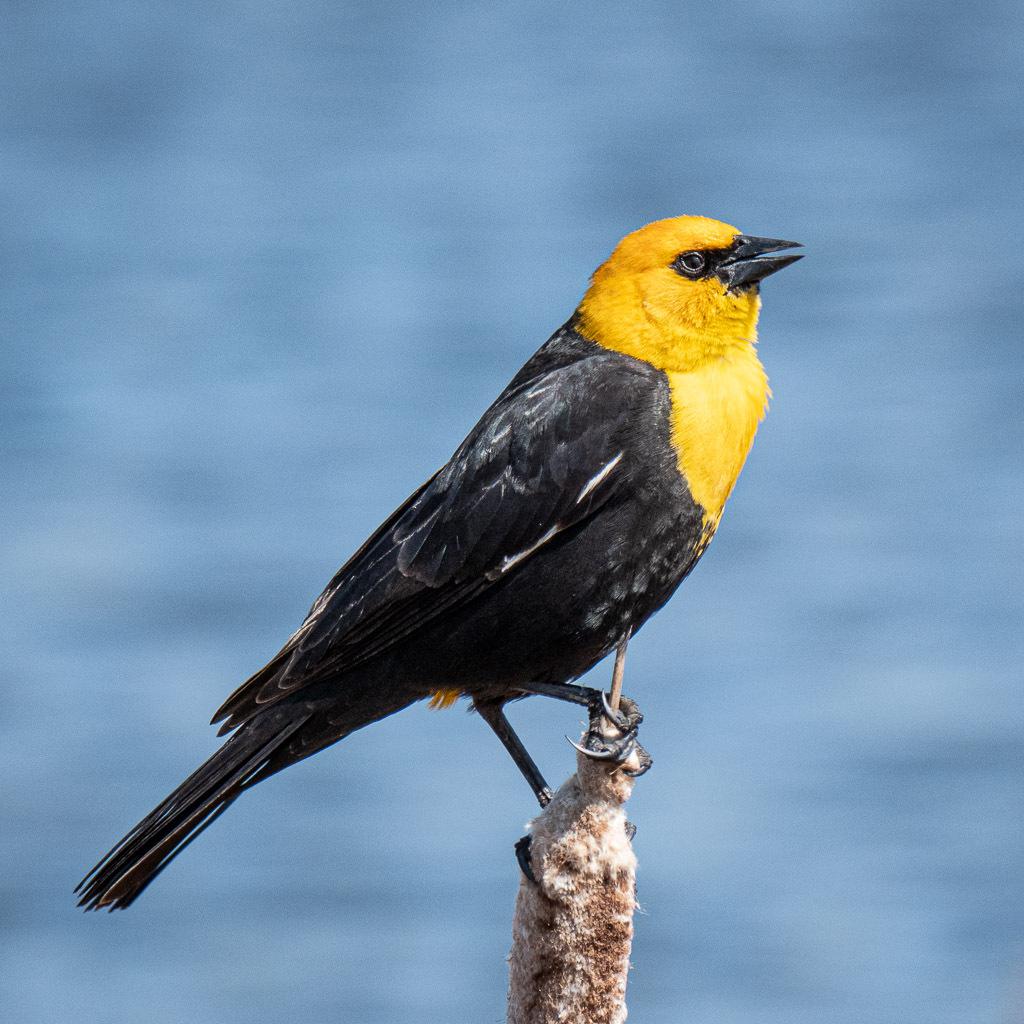 Male Yellow-headed Blackbirds, with their bright yellow head and chest and white patches on their wings, are easy to spot. The females are brown rather than black with a yellow throat, a patchy yellow, and no white wing markings. The birds have a harsh, low cry that has been compared to a rusty gate.

In the summer, Yellow-headed Blackbird eat mostly insects. In the winter, they gather in large flocks to forage for grain and weed seeds in the fields.

Did you know? Female Yellow-headed Blackbird weave wet vegetation around 4 or 5 Cattails or reeds to form a nest. The wet vegetation shrinks as it dries, tightening around the supporting vegetation. The nests are built directly over the water and the fledglings will sometimes fall in and have to swim a short distance to the nearest vegetation.