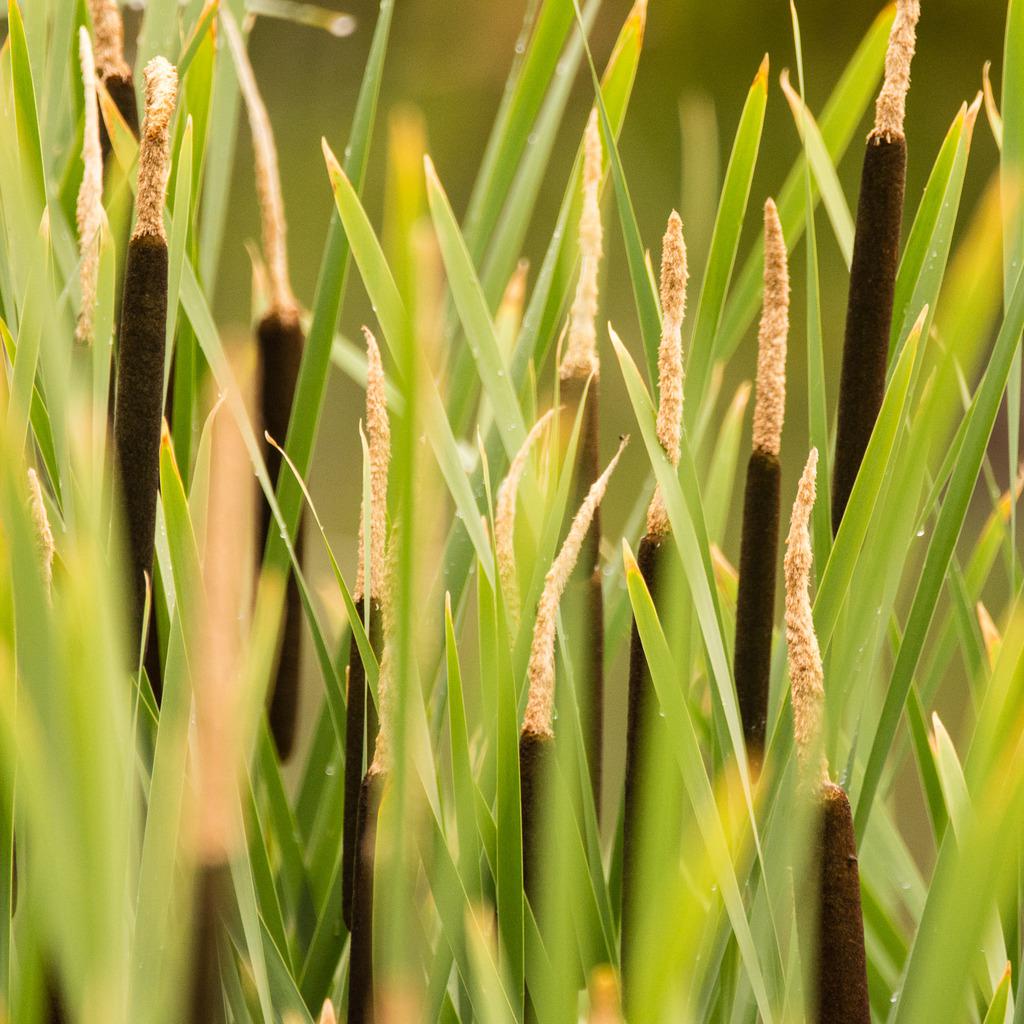 Clumps of Cattail are a common feature at the edge of marshes, ponds, and ditches throughout North America. The tall sturdy stalk (3-5 ft) is topped by a brown, cigar-shaped head (3-6 in).

The pale-green upper portion of the spike contains the male flowers and usually breaks off. The thicker brown portion contains the female flowers. Once the flowers are fertilized, they develop into fluffy seeds that blow away in a breeze. The plant has long straplike leaves.

Cattails play an important role in purifying and removing pollutants from bodies of water. They also form an important habitat for birds, insects, amphibians, and fish.

Did you know? The Indigenous peoples of North America wove Cattail leaves into mats, hats, and even capes. The fluffy seed heads were used to stuff mattresses or to absorb moisture in diapers.