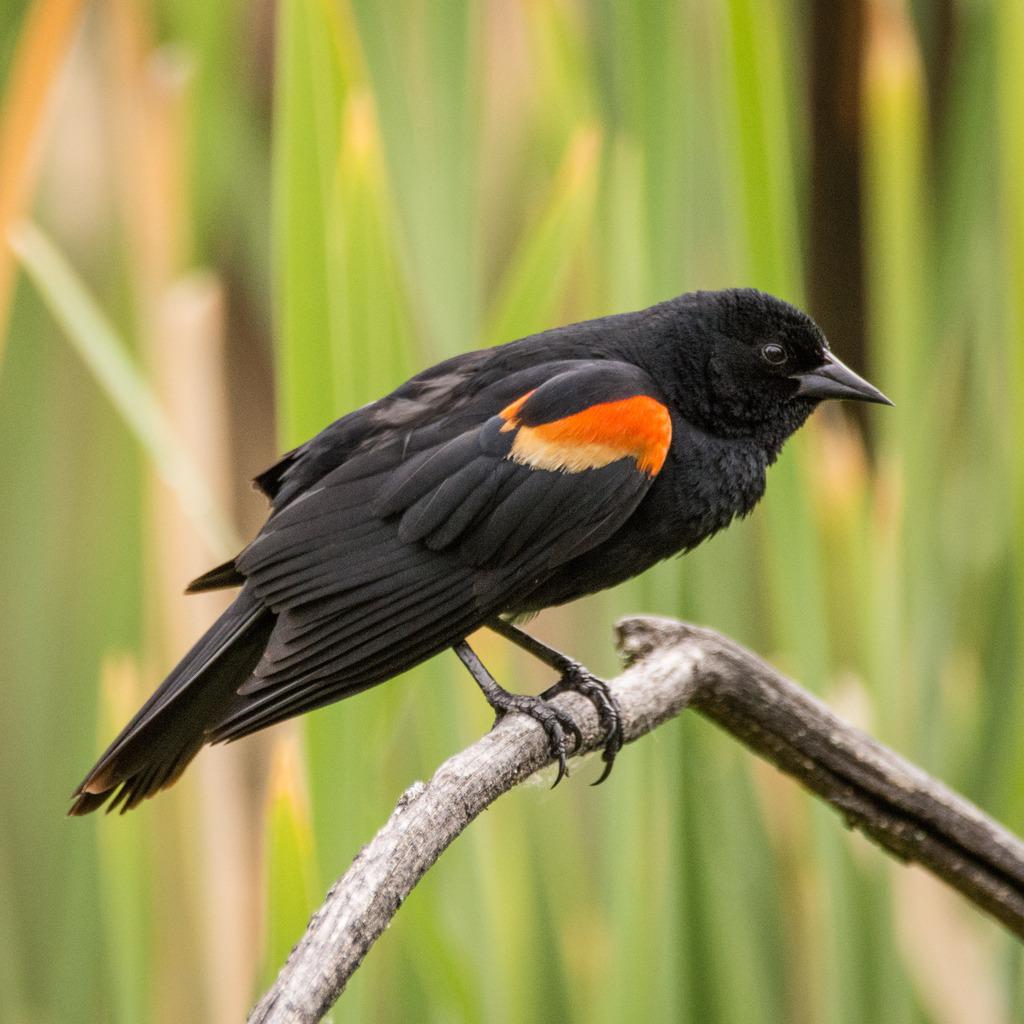 Red-winged Blackbird (7-9 in) are one of the most abundant birds in North America. They can be found in Cattail marshes, wet meadows, and ditches in Canada and the northern United States in the summer and all year round in the rest of the United States.

Males are glossy black with red and yellow shoulder patches. Females are streaky-brown with a white stripe over the eye and an orange patch on the upper chest. They eat insects in summer and seeds in winter.

Males perch on high stalks or telephone wires, singing to defend their territory and attract mates. They spend up to 1/4 of daylight hours chasing away rivals and predators, including animals much larger than themselves. Nests are placed low among marsh vegetation.

Could it be? Male Tricolored Blackbird (California) have shinier feathers and shoulder patches outlined in white.

Did you know? Male Red-winged Blackbird have up to 15 mates.