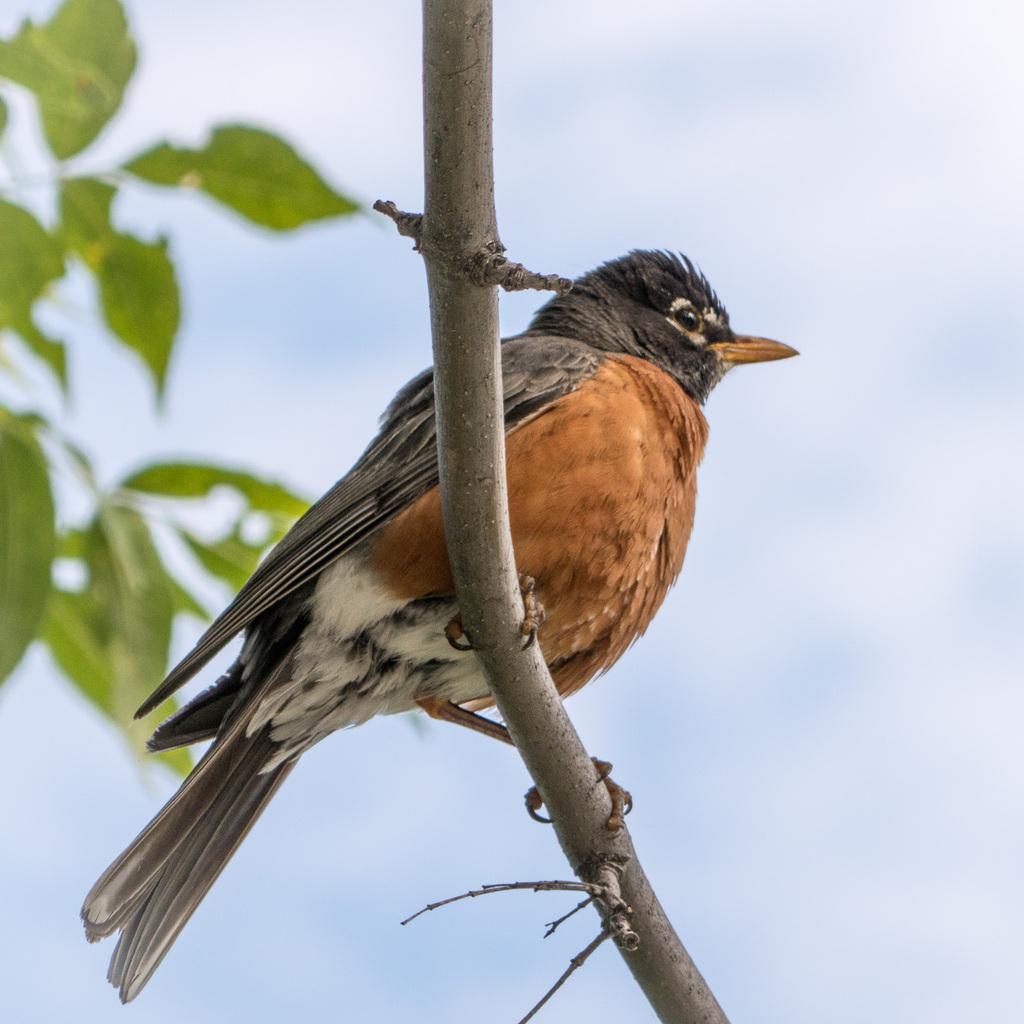 American Robin are a medium-sized bird (8-11 in) with a gray-brown back, black head, red breast, white patch on lower belly, bright yellow beak. The female colors are less bold. Robins can be found throughout Canada and the United States, primarily in urban areas, but they can also be found in mountain forests and the Alaska wilderness. Many northern birds migrate south for the winter but some remain year-round. You're less likely to spot Robins in winter when they spend more time in trees than on the ground.

Robins are one of the first birds to sing in the morning and will still be singing late at night, especially during breeding season. You can spot them looking for worms and insects in the grass, usually in the morning, as they prefer fruit in the afternoon. They form large flocks in winter and can often be seen in treetops or around trees with berries.

Did you know? American Robin are the largest thrush in North America and are not related to the European Robin, which is much smaller.