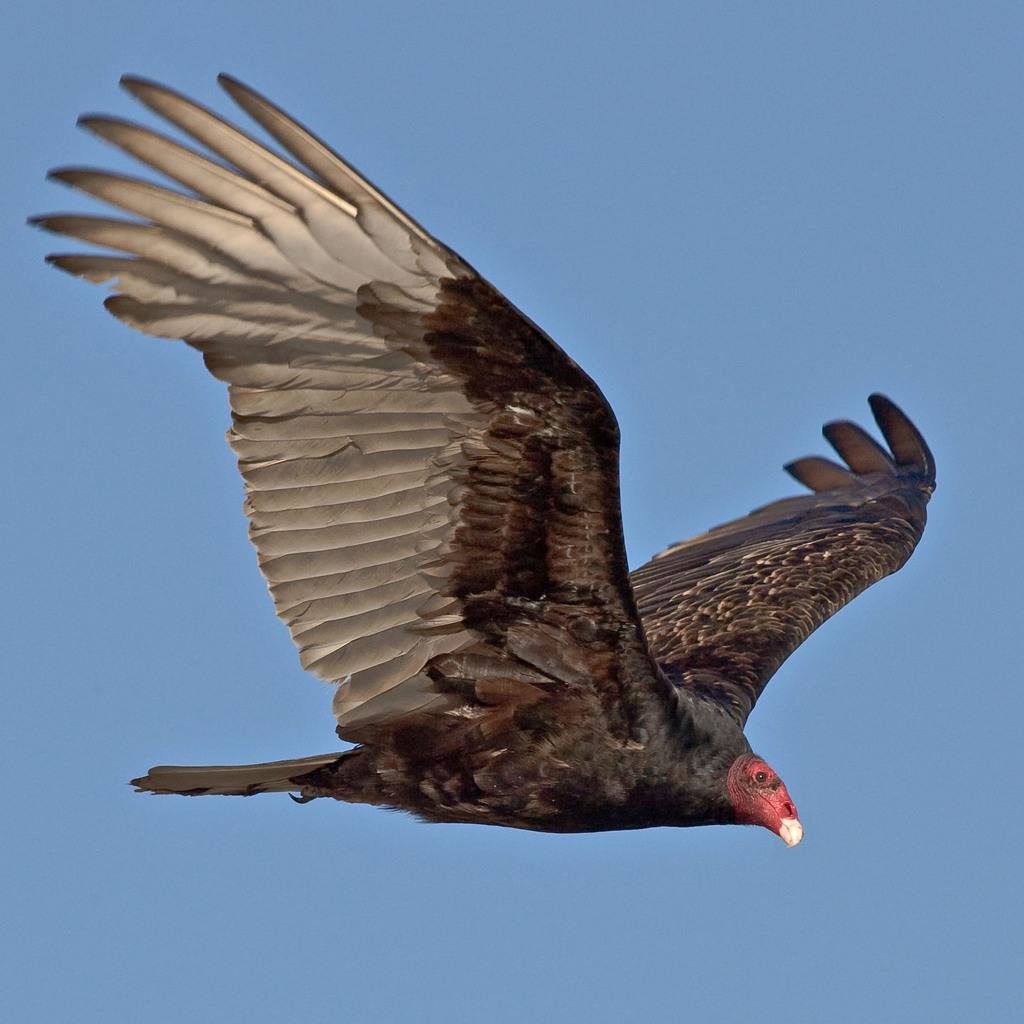 photo by Mike Baird CC BY

Turkey Vulture are large (25-32 in) dark-brown birds with long broad wings (66-70 in wingspan), a small, featherless red head, and a white-tipped bill. The underside of their wings is dark with a wide white border. They hold their wings slightly raised in a "v" and fly in wobbly circles.

Turkey Vulture eat dead animals and are common near roadsides, farm fields, and food sources such as landfills. They can be found year-round in the southern United States and in summer from southern British Columbia, Alberta, Saskatchewan, and Manitoba south to Arizona, Oklahoma, Ohio, New York, and Maine.

Unlike most other birds, Turkey Vultures have a good sense of smell. With their wide nasal openings, they can sniff rotting flesh 50 miles away. They are social feeders, with several birds gathering at one carcass. Their bare head helps them to stay clean when scavenging.

Could it be? Black Vulture have a shorter tail, a dark gray head, and hold their wings nearly flat. Red-tailed Hawk have pale undersides, shorter tails, and shorter broader wings that they hold flat as they soar. Bald Eagle have feathers on their head, soar steadily on flat wings, and lack the two-toned underwing. Golden Eagle are larger, fly smoothly, and don't have a two-toned underwing.

Did you know? On cold mornings, Turkey Vulture spread their wings open in the sun to warm up. On hot days, they dribble urine down their legs to cool off.