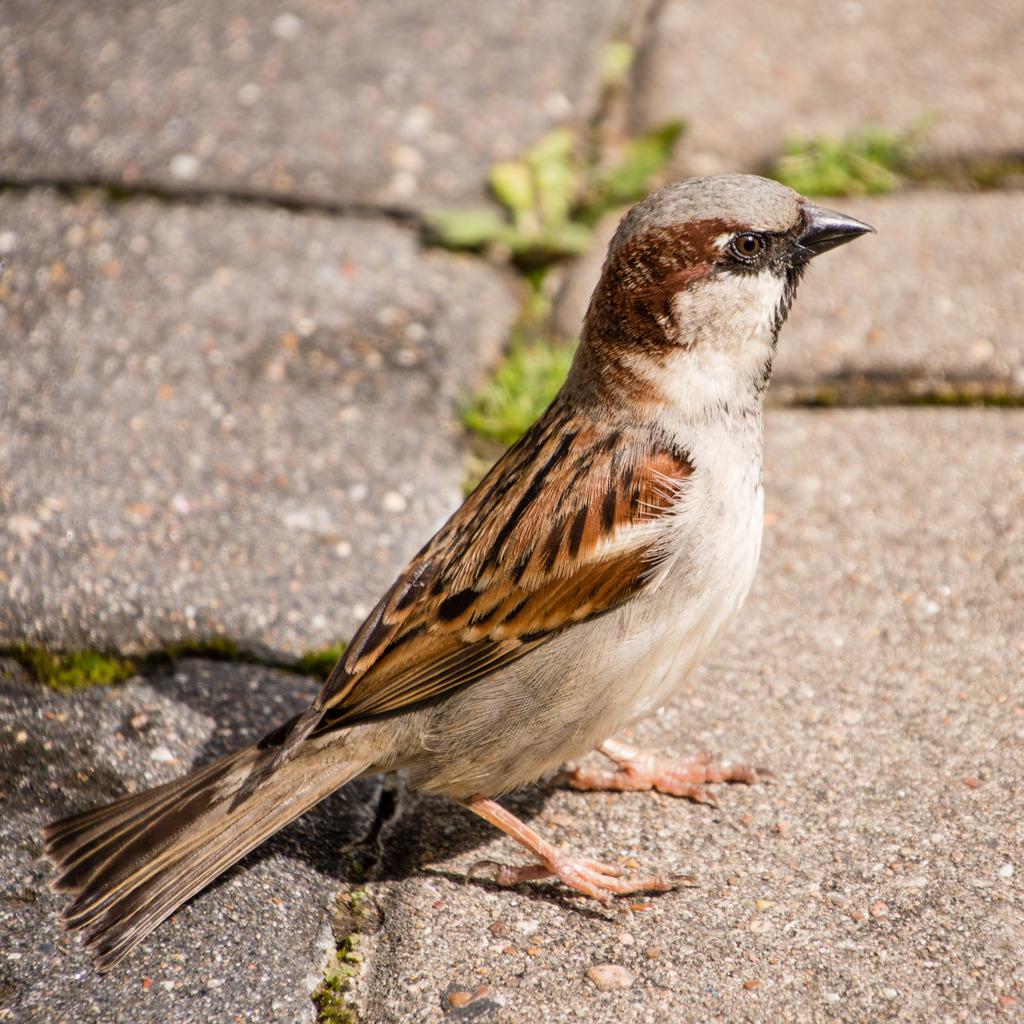 House Sparrow are one of our most common urban birds. Introduced from Europe in 1851, they are not related to other North American sparrows. They are chunkier (6-6.7 in) with a larger rounded head, a shorter tail, and a stouter bill than other sparrows.

Males have a gray head, white cheeks, a black throat, and a rusty-colored back. Females have a striped light brown back and gray underparts.

House Sparrow can be found on farms, city streets, and parks throughout southern Canada and the United States. They won't be found in undisturbed forests and grasslands.

Did you know? House Sparrow like to take dust baths, throwing dust and dirt over their feathers as if it was water.