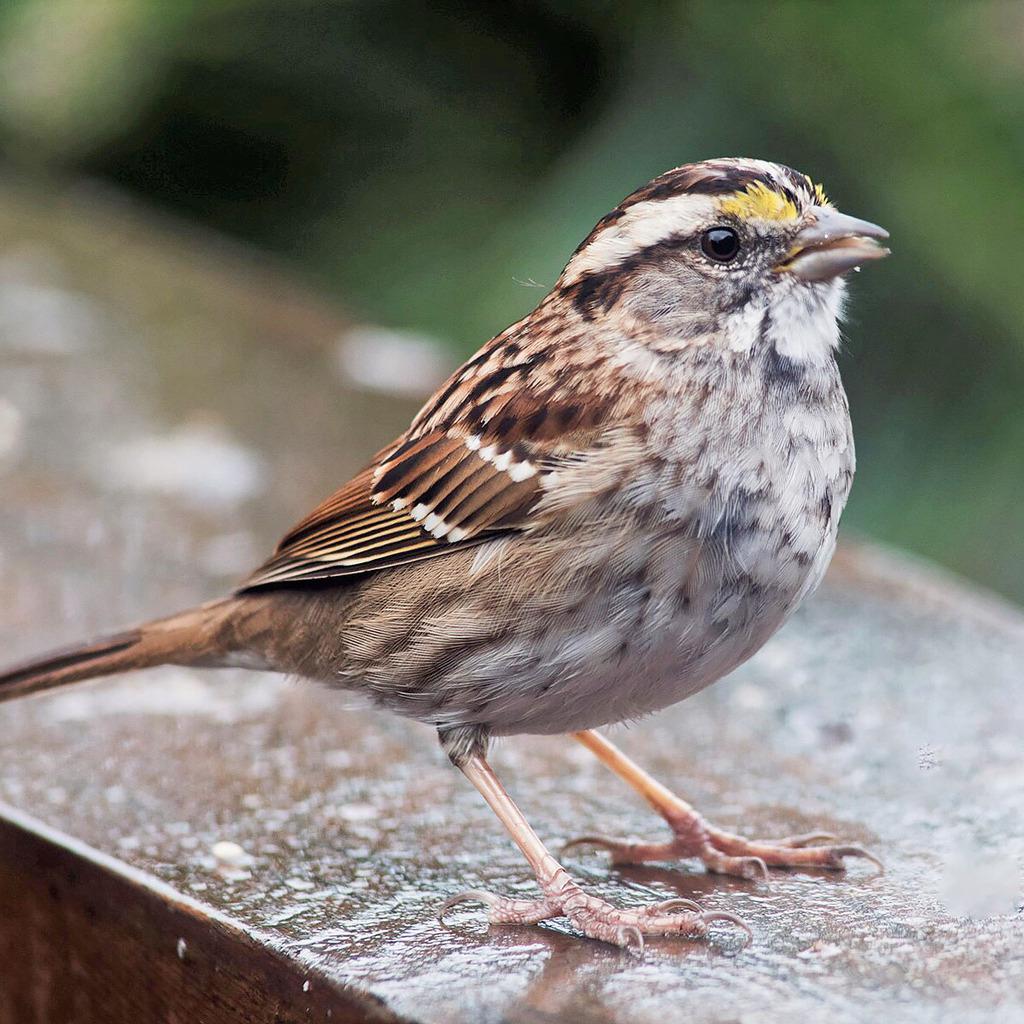 White-throated Sparrow (6-7 in long) are brown above and gray below with a black-and-white striped head (sometimes tan with a dark brown stripe), a white throat, and yellow patches between the eyes and the bill.

Flocks of White-throated Sparrow can be seen on the ground looking for seeds and berries, often coming to bird feeders near wooded areas. They spend their summers in forests across northern Canada and Alaska as well as the mountainous area stretching from British Columbia and Alberta to Montana, Idaho, and Wyoming. Winters are spent in the southern United States and Mexico.

Could it be? White-crowned Sparrow have a gray throat and breast and no yellow patch. House Sparrow, introduced to North America in 1851, are chunkier (6-6.7 in long) with a shorter tail and stouter beak.