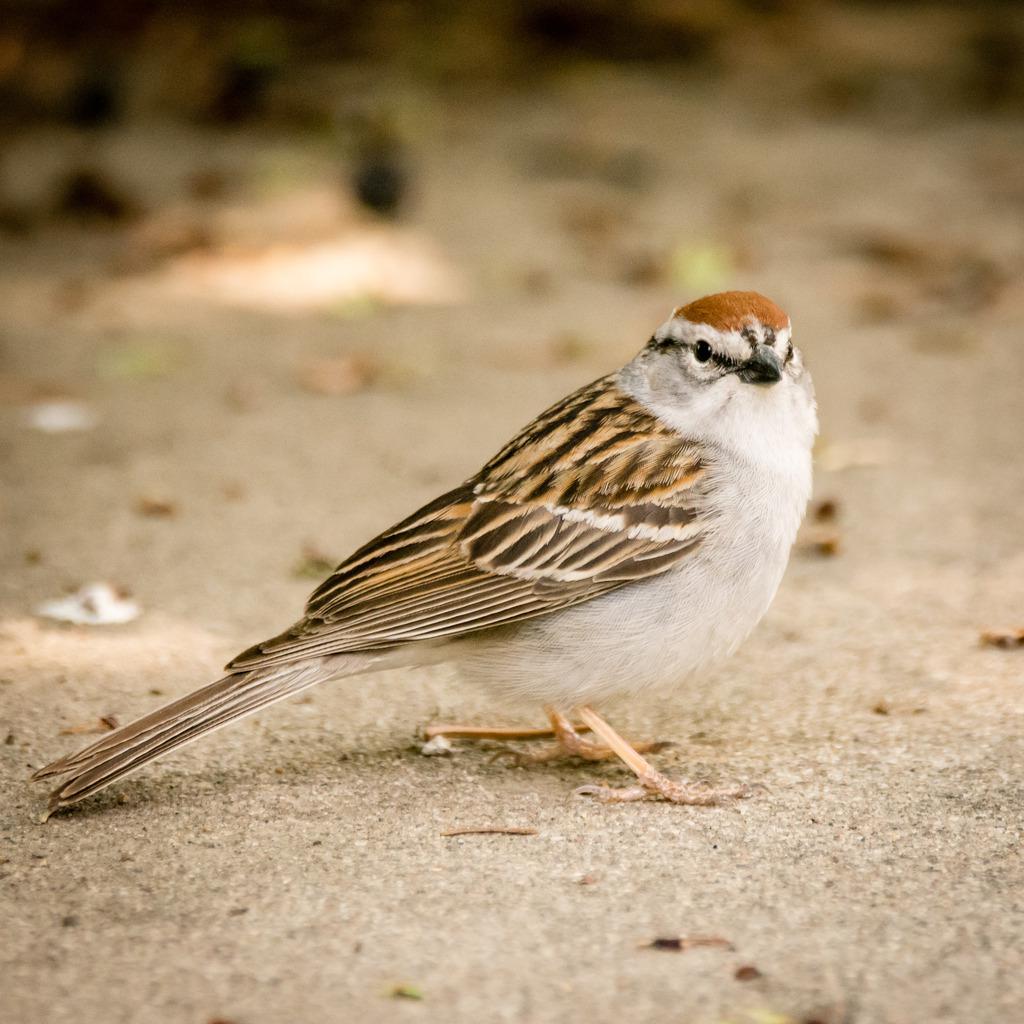 Chipping Sparrow, with a reddish-brown cap on a gray head and a black line through the eye, are a common summer visitor in all parts of North America. The small birds (4.5-6 in) have a gray breast and a brown back streaked with black and spend their winters along the southern border of the United States.

Originally found in open pine woods and forest edges, Chipping Sparrow have made themselves at home in urban parks and residential areas. They feed on insects during the summer and seeds and grains in the winter.

Could it be? Tree Sparrow have a spot in the middle of their breast, a bi-colored bill (black above and yellow below) and reddish-brown stripe through the eye. House Sparrow, introduced to North America in 1851, are chunkier (6-6.7 in) with a shorter tail and stouter beak.

Did you know? Chipping Sparrow build their nests low in a shrub or tree. The nests are often so flimsily made that you can see light through them.