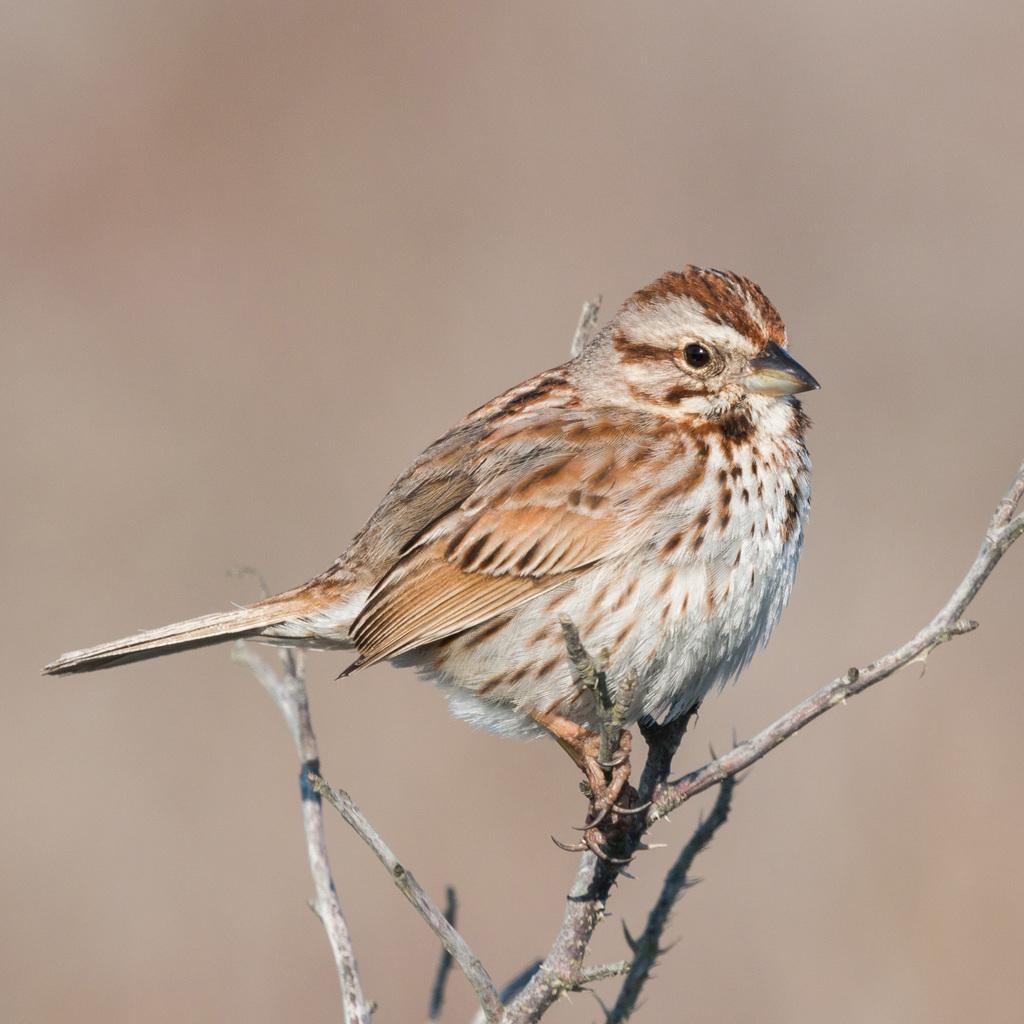 Song Sparrow are chubby, medium-sized (4.5-7 in) streaky-brown birds with a paler breast with bold brown streaks. They have a dark streak on either side of their beak and often have a dark patch in the centre of their breast.

Song Sparrow are common across North America, but their appearance can vary greatly from one area to another. Pacific Northwest Song Sparrow are dark and heavily streaked, while Song Sparrow in the Southwest desert region are pale.

Song Sparrow make short, fluttering flights pumping their tail up and down. They prefer areas with low shrubs and bushes.

House Sparrow, introduced to North America in 1851, are chunkier (6-6.7 in long) with a shorter tail and stouter beak.

Did you know? Song Sparrow often two lay two or more clutches of eggs per season.