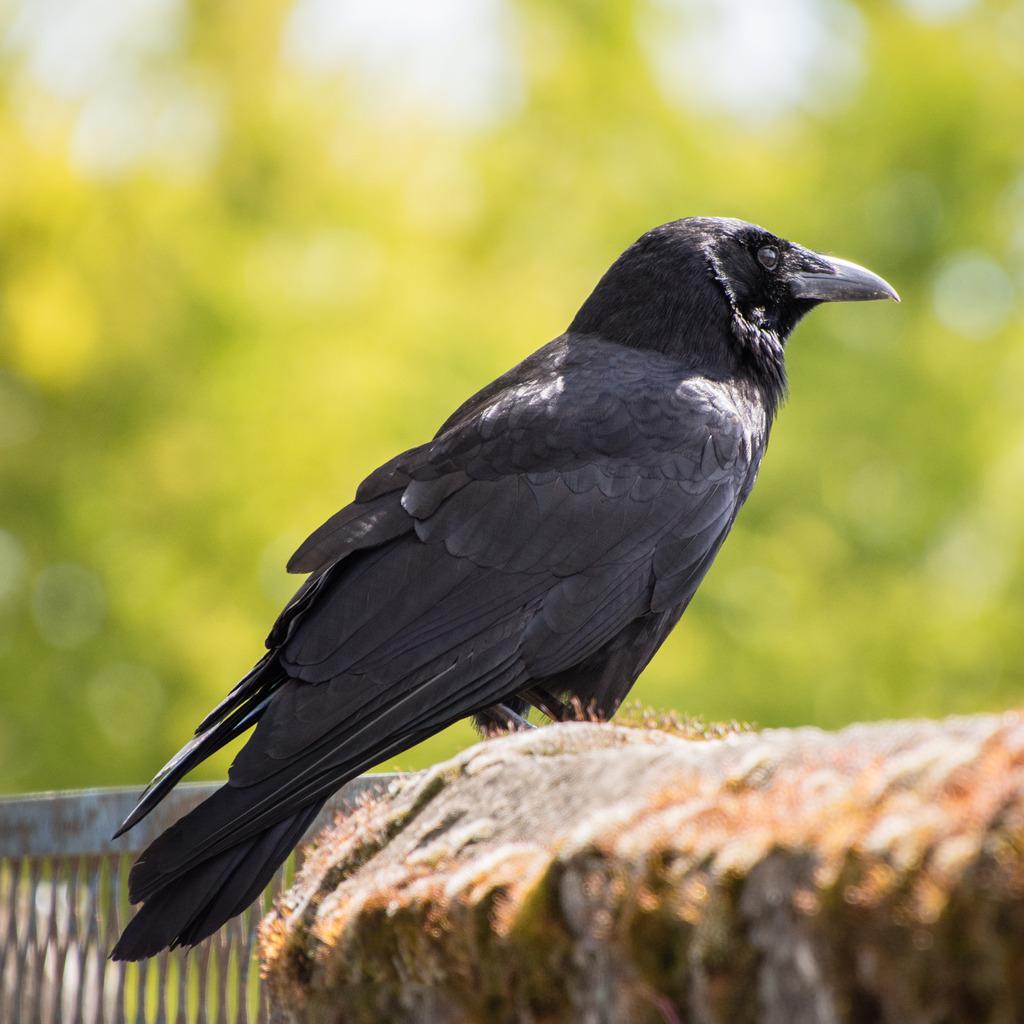 American Crow are large (16-21 in) black birds with a thick neck and long legs. They can be found year-round in most parts of the United States. Birds spending the summer further north in Canada and the north-central United States winter a short distance south. They can be found in forests, grasslands, wetlands, and urban areas.

Crows have a loud "caw caw" call and thrive around people. They eat almost anything - from seeds and nuts to insects and garbage. They are sociable, congregating in large numbers and sleeping in communal roosts in winter. They are very clever and can make and use tools.

Could it be? The Northwestern Crow is very similar (smaller with hoarser voice) and may be related; it's only found along the west coast of Canada and Alaska. Fish Crow (14-16 in) are found around water on the east coast of the United States.

Is it a Crow or a Raven? Ravens are larger than Crows with longer wings and heavier beaks. Ravens have a wedge-shaped tail; Crows have a short, square tail. Ravens have a ruff of feathers on their throat; Crows don't. Ravens are solitary and are not normally found in urban areas; Crows are seen in larger groups and are often found in cities. Ravens glide, whereas Crows rhythmically flap their wings.