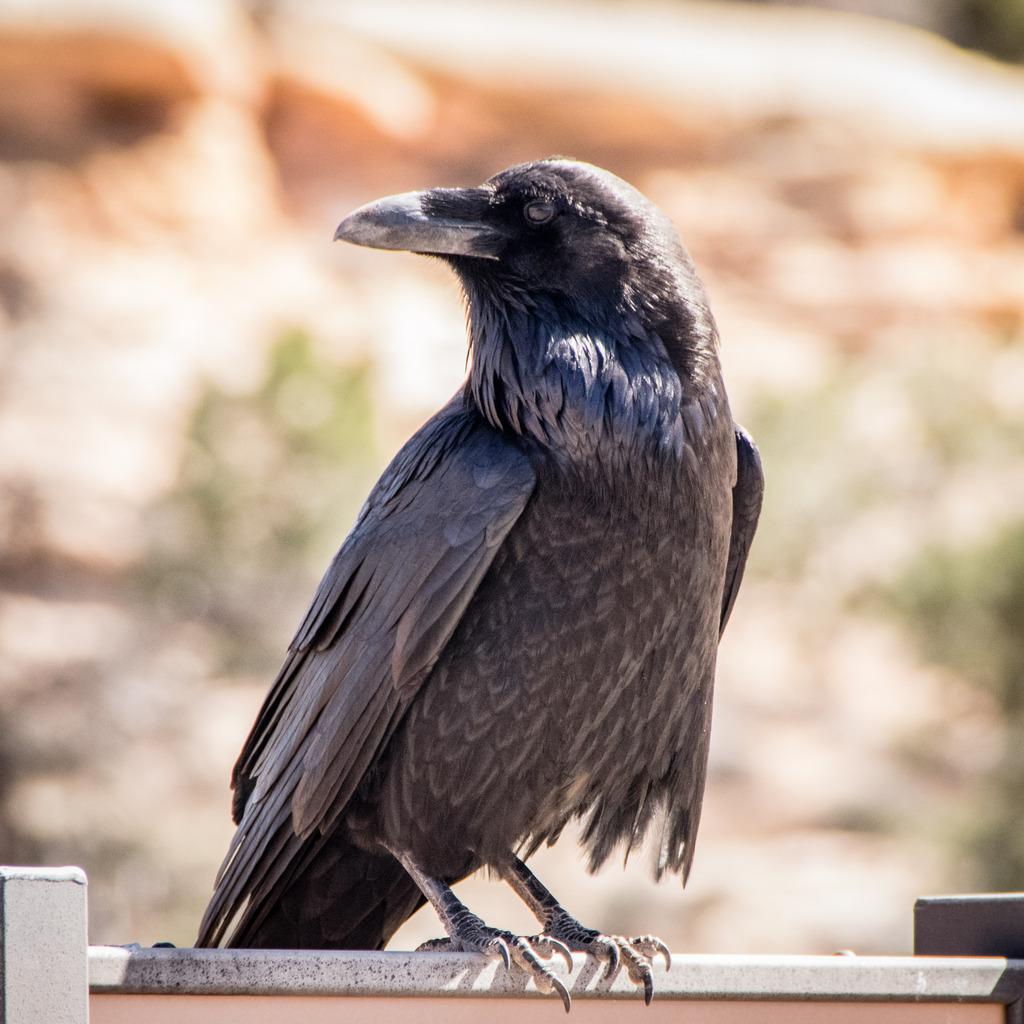 The Common Raven can be found year-round in almost every part of North America. They're less common on the prairies and in cities but can be found around farms and small towns.

Ravens are large black birds (22-27 in) with a wide range of calls. They are solitary birds and acrobatic flyers, alternately soaring, gliding, and flapping. You may spot them cruising highways looking for roadkill. They eat almost anything: seeds, fruit, insects, small birds and animals, garbage.

Ravens are very clever. They play games, hunt cooperatively, and understand cause and effect (e.g. looking for a carcass when they hear a gunshot but ignoring similar noises).

Could it be? Chihuahuan Raven are smaller, more social, and are found at lower elevations in the southwestern desert rather than in higher-elevation forests.

Is it a Crow or a Raven? Ravens are larger than Crows with longer wings and heavier beaks. Ravens have a wedge-shaped tail; Crows have a short, square tail. Ravens have a ruff of feathers on their throat; Crows don't. Ravens are solitary and are not normally found in urban areas; Crows are seen in larger groups and are often found in cities. Ravens glide, whereas Crows rhythmically flap their wings.