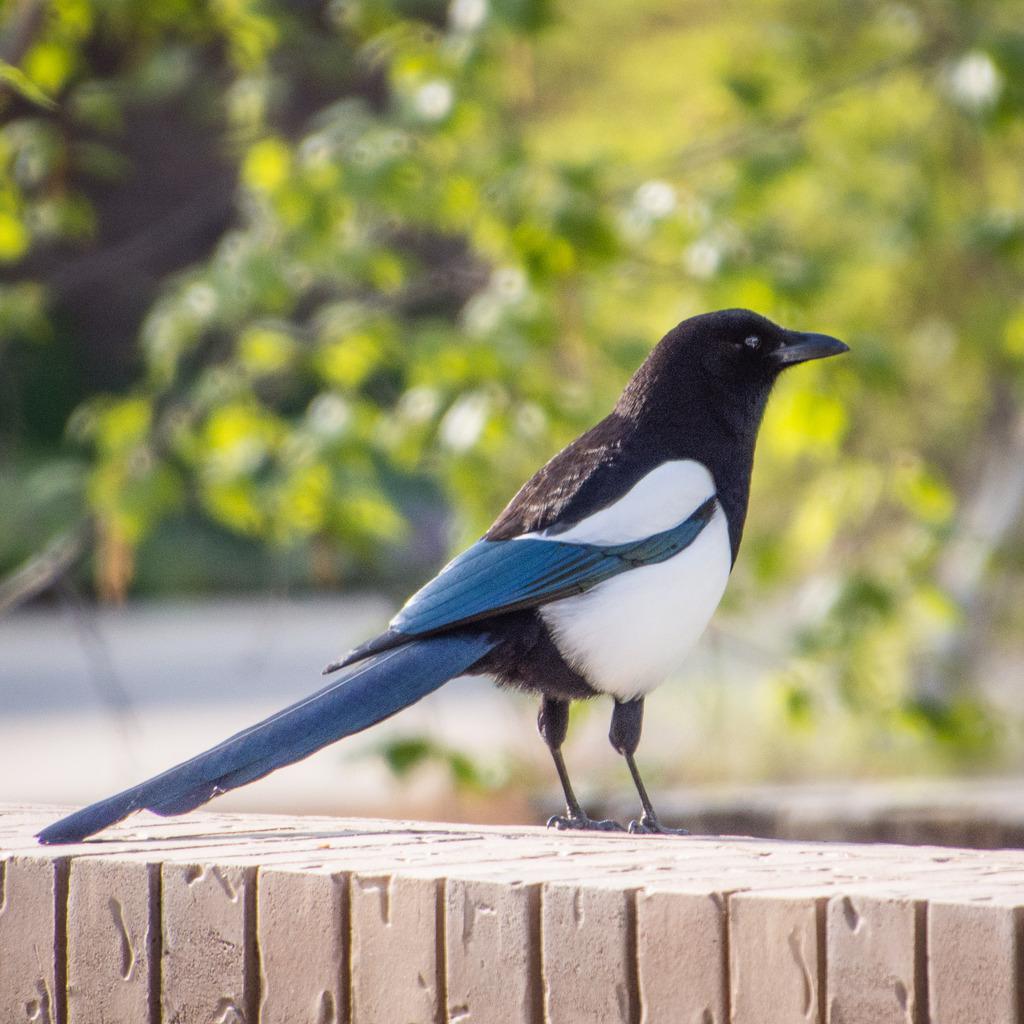 With a loud voice, a long tail, black head and back, white wing patches and underparts, Magpie are easy to spot. These large birds (1.5-2 ft) are frequently found in groups as they are very social. You'll often find them on the ground in urban parks foraging for food (insects, wild fruit, grain, small animals, carrion).

Magpie live year-round in northwestern Canada and the United States. You won't find them along the west coast, but you will find them in the interior of British Columbia, Washington, Oregon, and California.

Black-billed (American) Magpie are almost identical to the Eurasian Magpie, one of the world's most intelligent animals.

Could it be? Yellow-billed Magpie are only found in California's central valleys and have a yellow beak.

Did you know? Magpie build large domed nests to protect eggs and young from the weather. They are so well constructed they can last for many years.