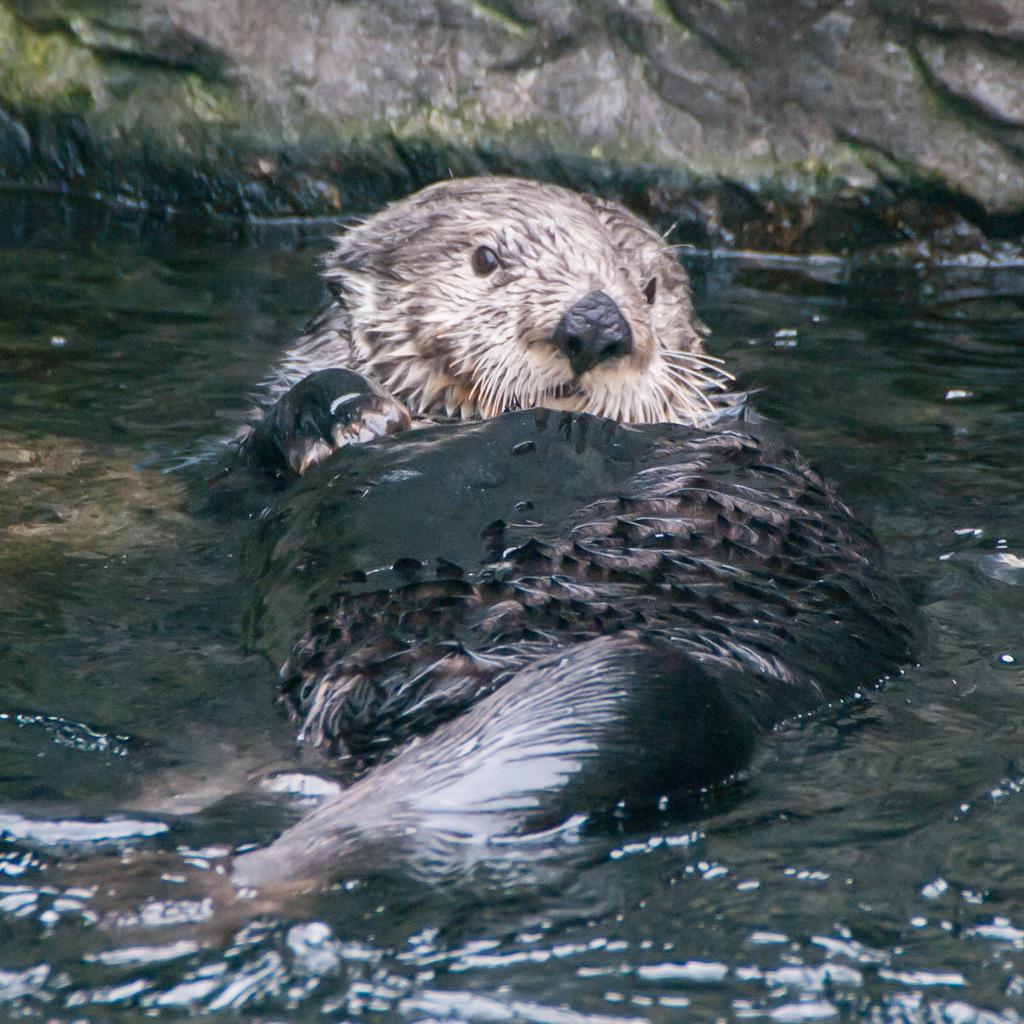 Sea Otter are North America's smallest marine animal and can be found from southern Alaska to southern California. Sea Otter are 4 ft long and weigh 50-100 pounds. They have dark brown fur and a lighter-colored face.

Sea Otter spend most of their time in the water, only occasionally coming ashore. They sometimes wrap themselves in long strands of Kelp to keep them anchored while they sleep on their backs.

Sea Otter give birth in the water to one or sometimes two pups. They nurture their young while lying on their backs on the surface of the water.

Sea Otter eat Clams, Crabs, Sea Urchins, and other sea animals. They keep their hands free while hunting by stashing their catch in the loose fur pouches under their armpits. They eat floating on their back, using their belly as a table.

Did you know? Sea Otter stay warm in chilly northern waters thanks to their dense fur coat (up to 1 million hairs per square inch). They spend many hours each day grooming and fluffing their fur to add natural oils from their skin and insulating air bubbles.