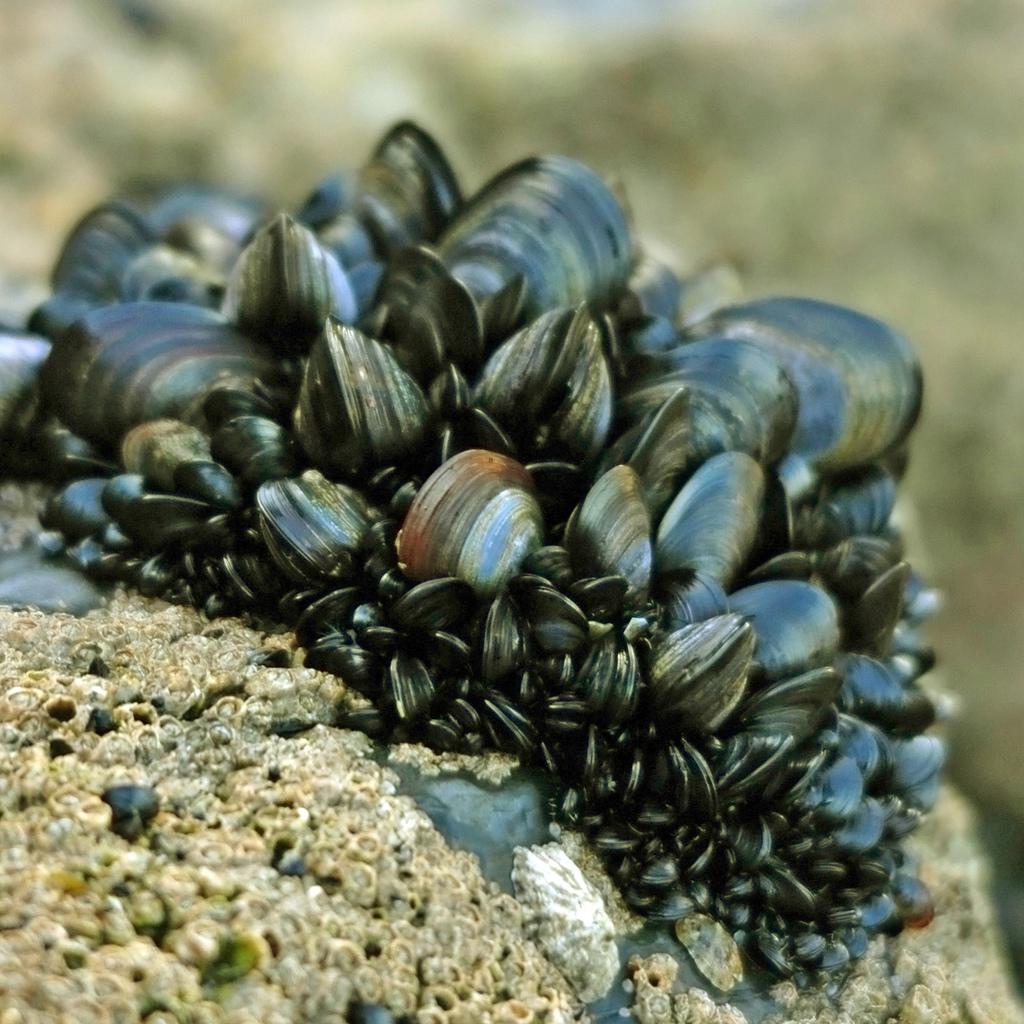 Blue Mussel can be found in the shallow waters of the Arctic, North Pacific, and Atlantic oceans. They have a long, triangular, hinged shell with rounded edges. The shell is usually blue/black and less than 3 in long. They attach themselves to a rock or dock in calm, sheltered areas, often forming large clusters. They filter plankton, bacteria, and small waste particles from the water.

Could it be? California Mussel are larger (up to 10 in) and have a thicker shell with ribbed lines radiating out from the hinge. They are found in more exposed areas than Blue Mussels. Hooked Mussel, found in West Atlantic oyster beds, have a sharp curve at one end. Clam are related to Mussels but don't attach themselves to a surface, are usually rounder than Mussels, and can be found closer to the surface.

Did you know? Blue Mussels can withstand freezing temperatures for several months.