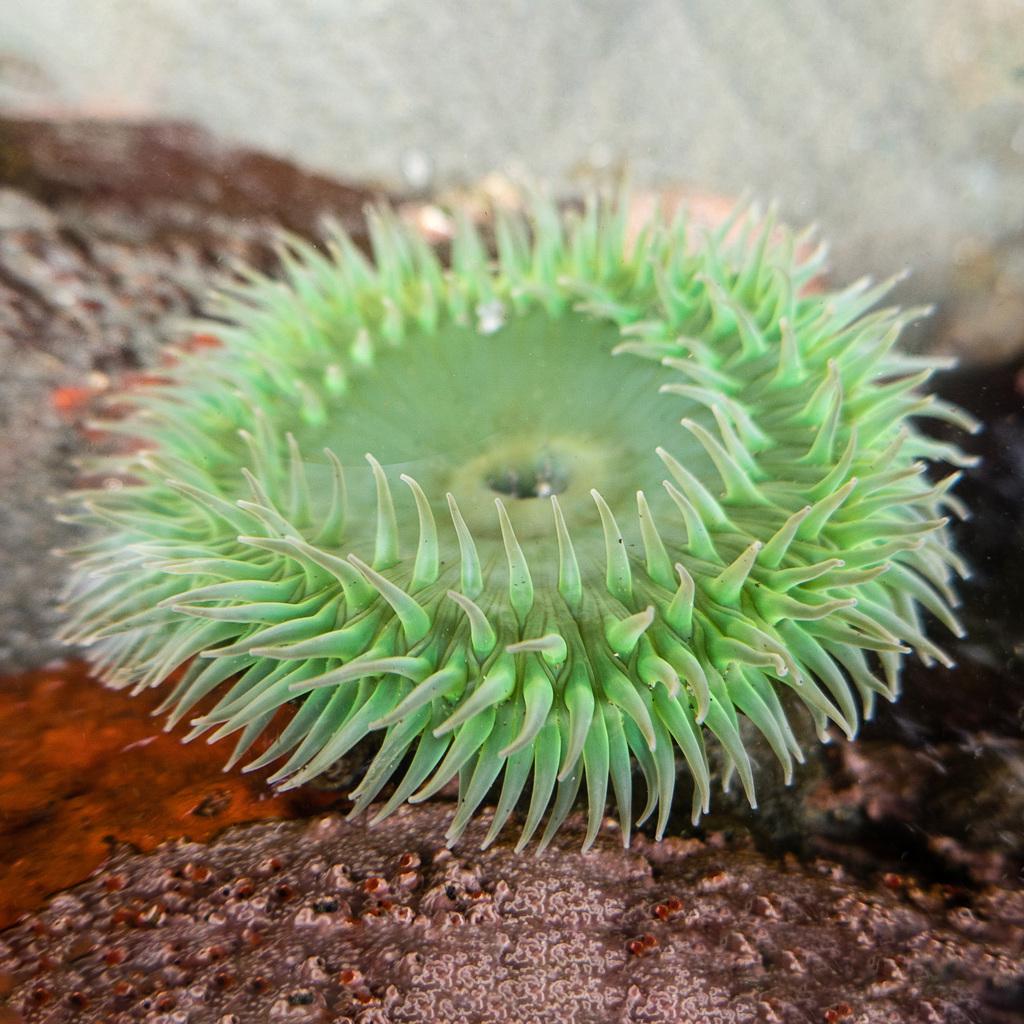 Sea Anemone are very slow-moving animals that spend most of their time attached to rocks on the ocean floor. The best places to spot them are along rocky shores at low tide. Their body is a hollow column with a central mouth surrounded by stinging tentacles. A flat foot glues itself to the rock below. Out of water, they often look like soft squishy lumps as they withdraw their tentacles to preserve moisture. Sea Anemone vary in size (fraction of an inch to 5 ft across) and color. The biggest and most colorful are found in the tropics.

Sea Anemone sting and paralyze fish, shrimp, or crab that wander into their tentacles and then draw their prey into their mouth. Although Anemone spend most of their time in one spot, they can travel by using their tentacles to swim with the current or by hitching a ride, with a Hermit Crab for example.

Did you know? Some Sea Anemone use their poisonous tentacles to fight over territory with other Anemone.