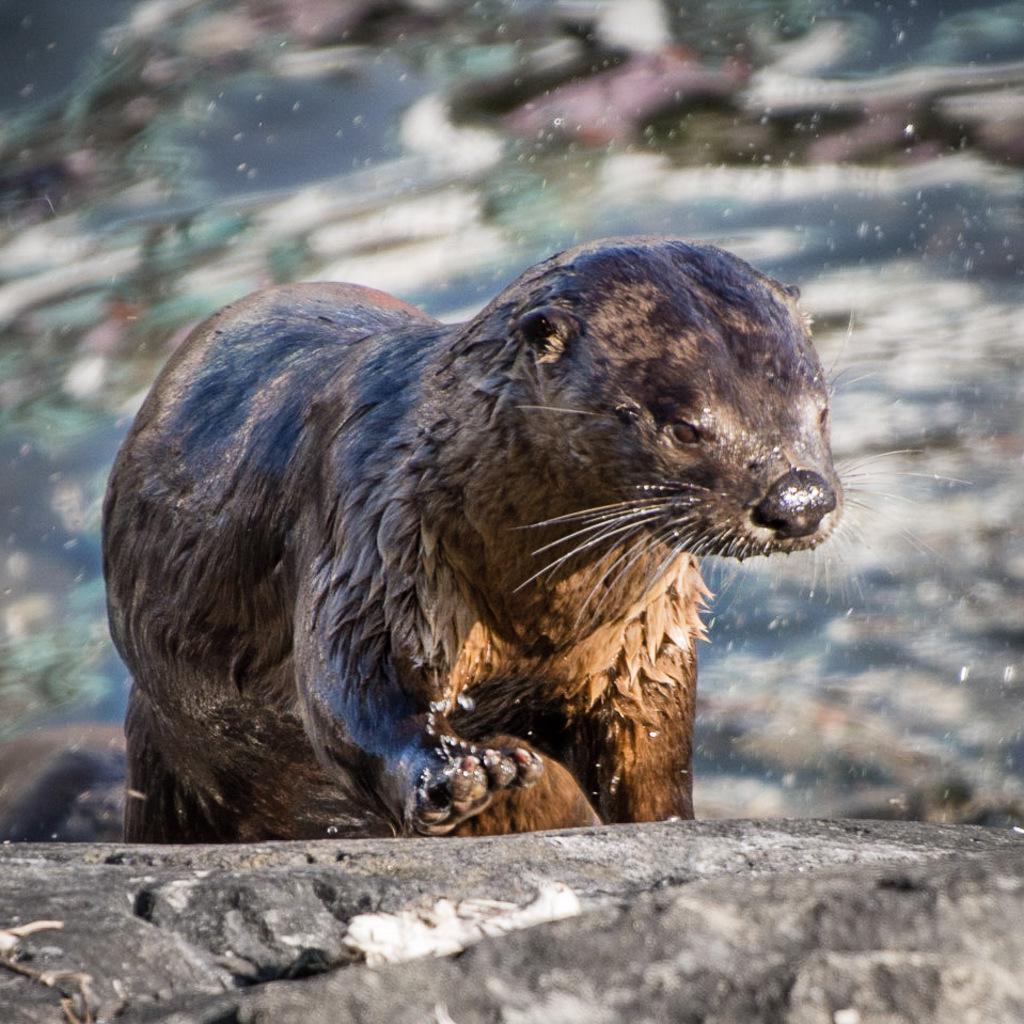 River Otter are long (2.5-5 ft, 10-30 lbs) streamlined animals with a small head and short legs. Their flat muscular tail makes up almost half their length. They have dark fur with a lighter belly. River Otter can be found near rivers, lakes, and coastal areas throughout North America. The only exceptions are the Arctic and very dry areas. They used to be much more common but numbers have decreased due to pollution and habitat loss.

River Otter are equally at home on land or in the water. They eat fish and other aquatic animals but will also travel long distances on land in search of food.

River Otter use or build dens near a riverbank. The young are usually born in March and April. They stay in family groups over the summer and early fall, emerging from the den at about 2 months.

Could it be? Sea Otter are larger (50-100 lbs), never leave the water, can float on their back, and don't have a long tail. Harbor Seal are longer and larger than River Otter and are almost always found in salt water.

Did you know? River Otter are very energetic and playful. A favorite game is sliding down a slippery slope into the water.