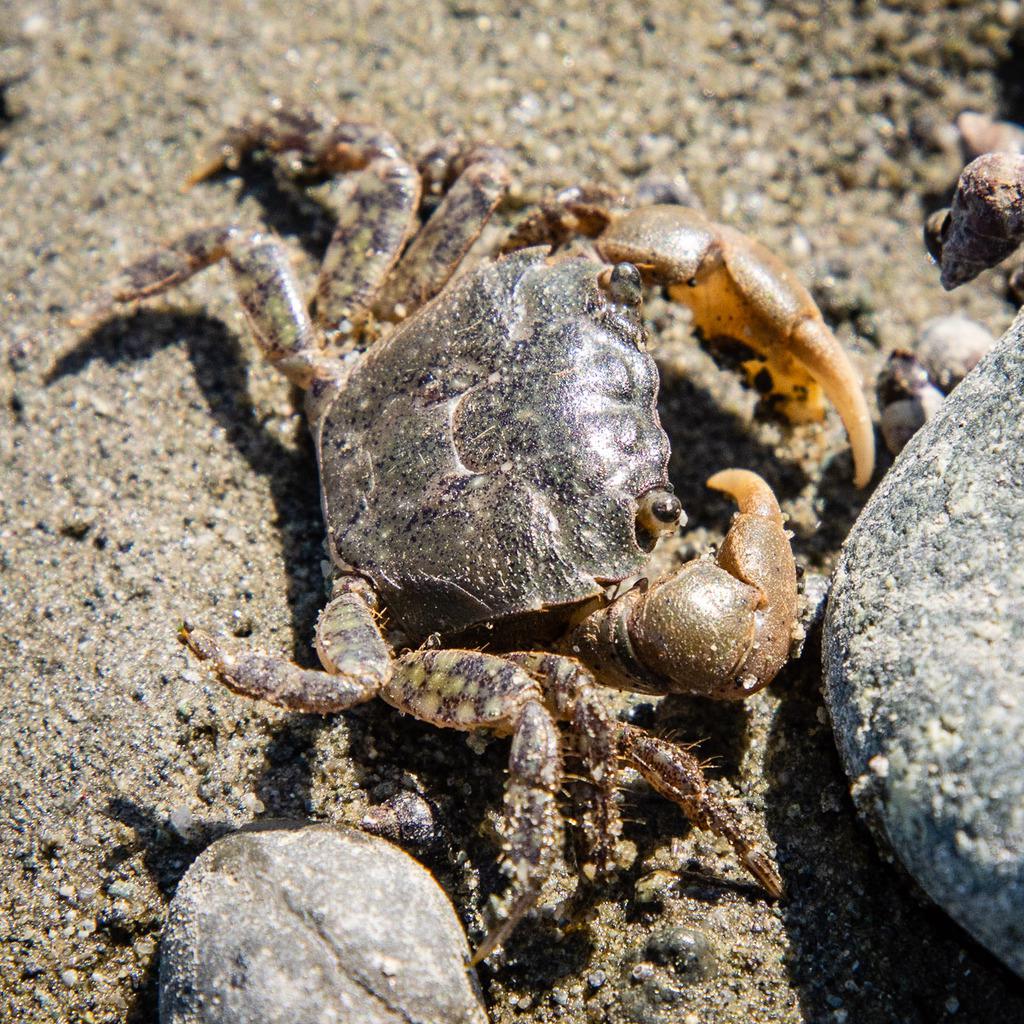 Crabs are usually found in the rock pools and coral reefs of shallow ocean waters, but some can be found in deep water, while others live on land or in freshwater. Two of the most common varieties are Green and Purple Shore Crab.

Crabs have a flat body with a thick shell, 2 feeler antennae, and 2 eyes on stalks. They have 5 pairs of legs, including 2 claws, and move sideways. Most only reach a few inches across, but a few are much larger. Crabs have no backbone. Their hard shell supports them and protects them from predators. They eat plants and animals but feed mainly on algae.

Fertilized eggs are glued onto the female's abdomen and released as newly-hatched larvae. The juveniles moult several times as they grow and become adults.

Could it be? Horseshoe Crab are not a true Crab; instead, they are closely related to Spiders and Scorpions. Porcelain Crab look a lot like a Crab, but they only have 4 pairs of legs. They will shed a leg to escape from a predator.

Did you know? Crabs communicate with each other by drumming or waving their pincers.