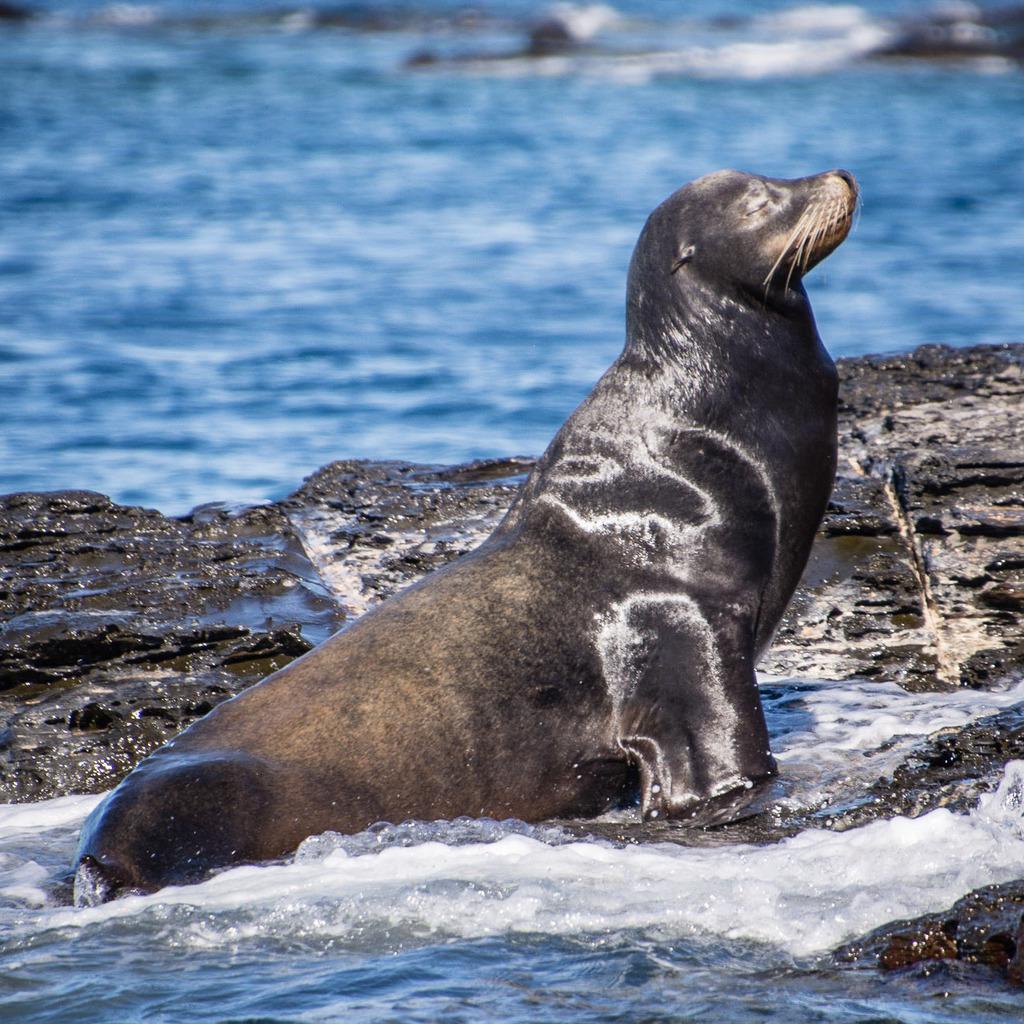 Sea Lion use their flippers to walk, climb, and swim. They can often be seen in harbor areas and gather on offshore islands to breed. Sea Lion are very social and often rest closely packed together.

Sea Lion give birth to one pup a year between May and July. The pups are nursed by their mothers for 6-12 months.

Could it be? Harbor Seal are smaller, have shorter flippers, and no ear flaps. They are unable to support themselves on their flippers and inch forward on their bellies.

Did you know? Sea Lion are very playful and have been known to "surf" breaking waves.