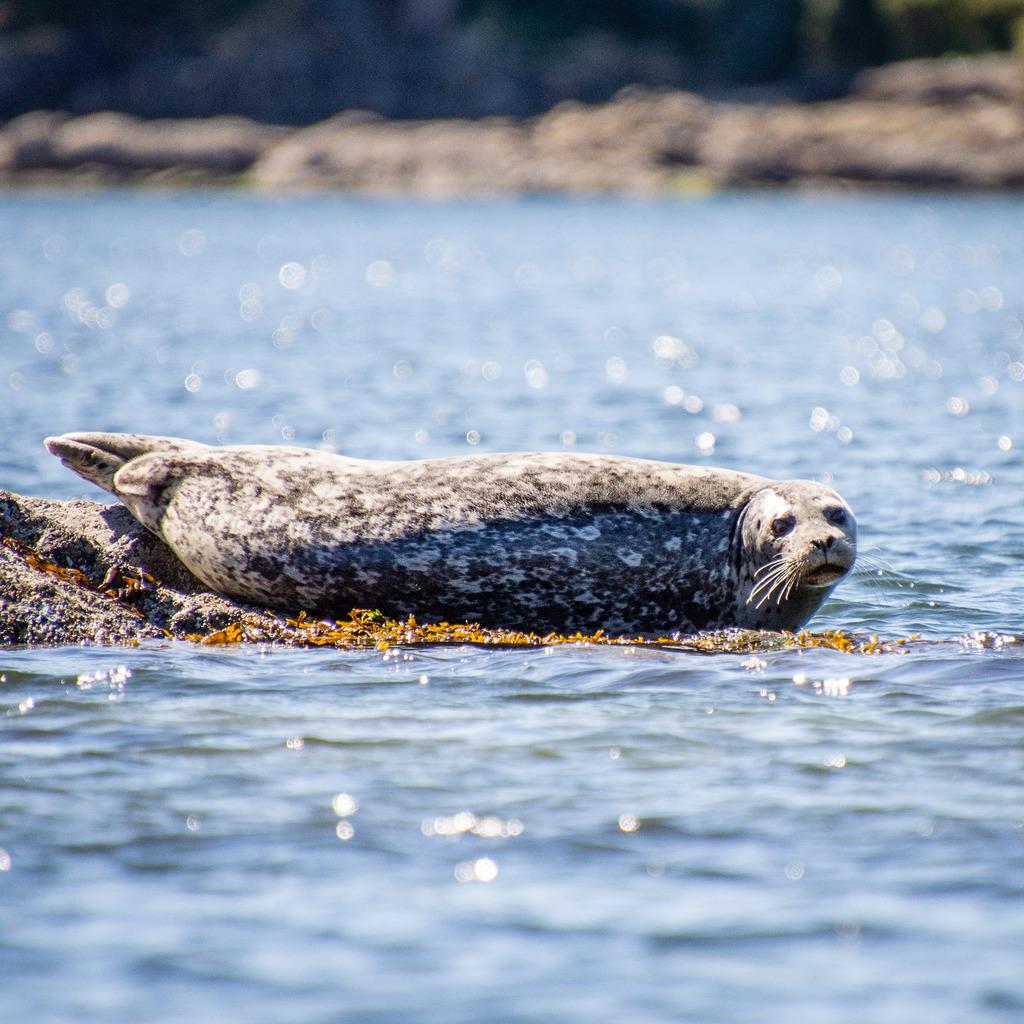 Harbor Seal are found north of the equator in both the Atlantic and Pacific oceans. A small group of seals lives in the freshwater rivers and lakes of Quebec's northern Ungava peninsula. Harbor Seal gather in harbors and estuaries to hunt for fish and can often be seen lying alone or in small groups on rocky shores or islands.

Harbor Seal are 4.5-6 ft long with spotted coats in a variety of colors and weigh up to 300 lbs. They have a small rounded head and whiskery muzzle. Their short front flippers have claws for grooming and defence. They swim by moving their wide fan-like hind flippers from side to side.

Harbor Seal mate from spring to early summer when they're 3-7 years old. The females give birth to one pup (on land or in water) 9-11 months after mating.

Male Northern Elephant Seal, true to their name, have a large nose. They are 10-13 ft long and weigh 1,500-4,500 lbs (females are much smaller than males). They come close to land in December to breed on offshore islands or on remote coastal beaches from Baja California to Alaska.

Could it be? Sea Lion are larger and have longer flippers than Harbor Seal. Sea Lion have ear flaps while Harbor Seal don't. They can support themselves on their flippers and walk, while Seal inch forward on their belly. River Otter are sometimes found in coastal areas. They have long, slim bodies and tails and are as adept on land as in the water.

Did you know? Harbor Seal can swim right-side up or upside down at speeds of up to 12 mph. They can dive to depths of 300 ft and stay underwater for up to 30 minutes.