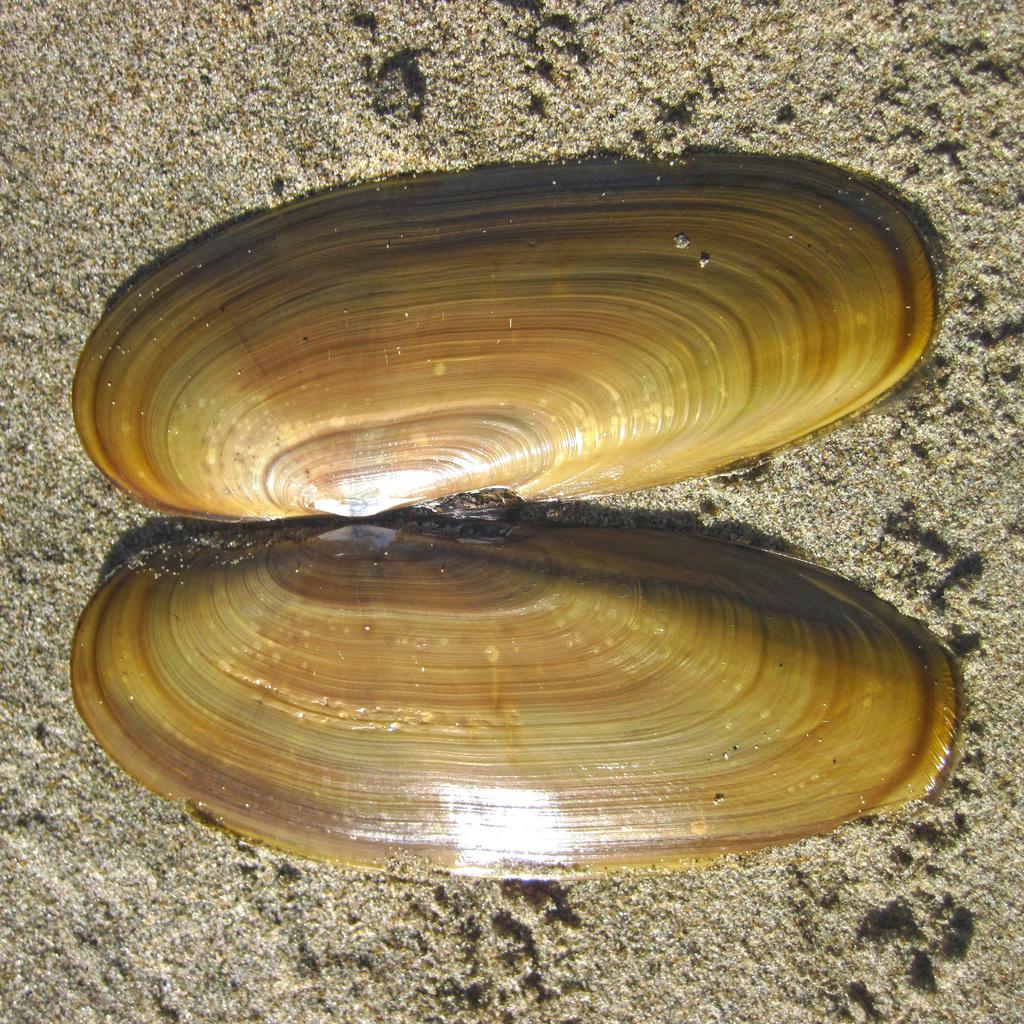 Saltwater Clams live in the intertidal zone, the area of sand exposed between high and low tides. They have soft bodies enclosed between two shells held together by a hinge. Most shells are oval or triangular, but Razor Clams are long and narrow. Look for air bubbles in the wet sand at low tide to detect Clams' whereabouts.

Clams siphon water in and out of their shell to obtain oxygen and food. To reproduce, they discharge sperm and eggs into the water where the eggs are fertilized. The microscopic larvae drift before cementing themselves to a rock. Eventually, they move and dig themselves into the sand in the intertidal zone.

Could it be? Blue Mussel are related to Clams but attach themselves to a surface and have longer, triangular shells.

Did you know? New shell material is deposited at the margin of the shell. You can estimate the Clam's age by counting the rings.