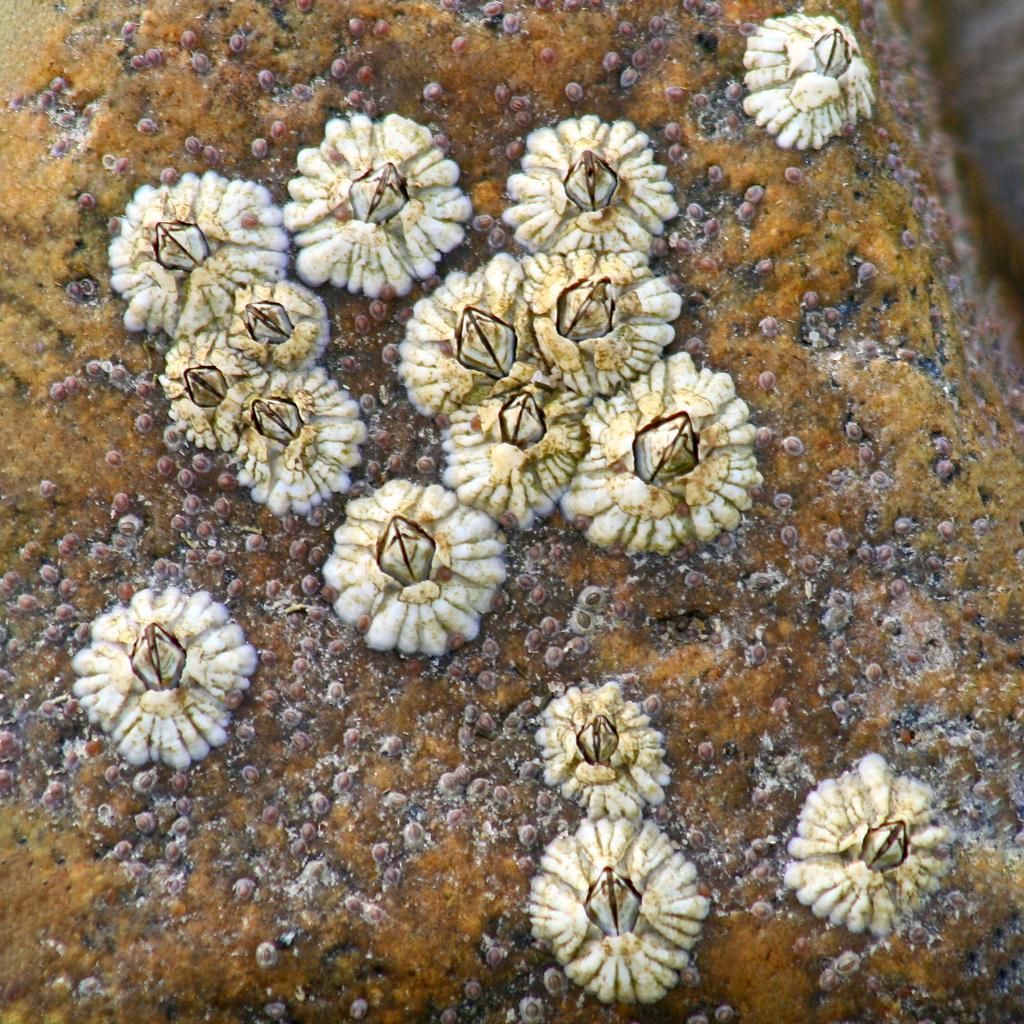 Barnacles have a hard outer shell composed of 6 plates forming a circle around the body and another 4 plates forming a lid that can open and close. The lid is closed to conserve moisture when out of water. When underwater, the lid opens and 6 feathery limbs stretch out and sift the water for food.

Barnacles are attached head-first to a surface by very strong glue. They prefer shallow waters and intertidal zones and are usually attached to rocks but can also be found on docks, boats, whales, or dolphins.

One-eyed larvae grow for 6 months before turning into shrimp-like larvae and looking for a place to attach themselves and start growing a hard shell.

Barnacles are crustaceans and related to Shrimp, Crab, and Lobster. The most common are Acorn Barnacle, which attach directly to a surface. Gooseneck Barnacle have a long muscular stalk topped by a head encased in a hard shell.

Did you know? Barnacles are hermaphroditic with both male and female sexual organs; however, the eggs produced by one barnacle are usually fertilized by a different one.