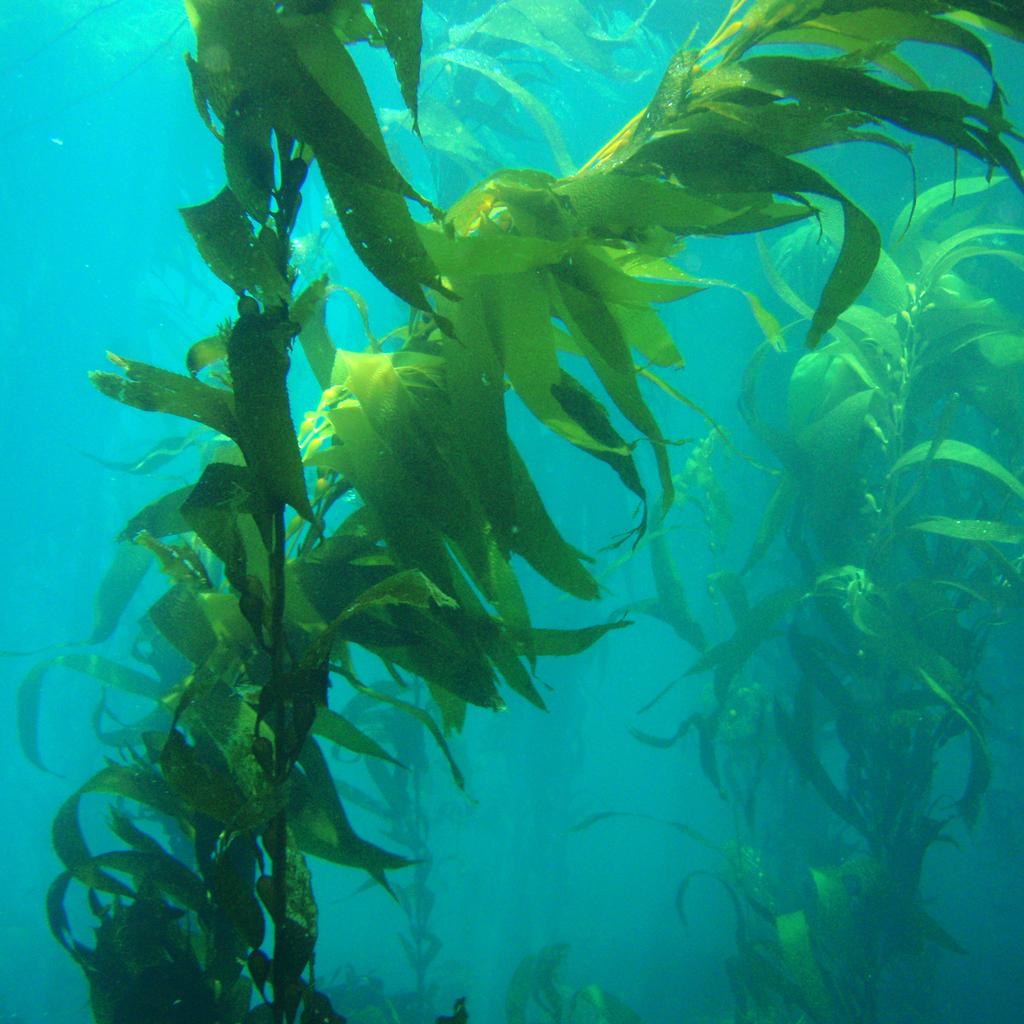 Kelp is a large seaweed growing in underwater forests. Balls of spaghetti-like strands hold the seaweed to the rocky sea bottom. Leaf-like structures called blades are attached to the stem, and gas-filled bladders keep kelp blades close to the surface. Kelp grows very quickly (6-10 in per day) but has a lifespan of only 200 days. The Kelp you spot on the shore is old and decaying.

Kelp often grows in dense kelp forests that provide food and shelter to over 800 marine animals and thousands of invertebrates. The greatest diversity of kelp forests are found from southern California to Alaska, but they are a common feature of all shallow oceans. When they grow close to land, they protect the shore from erosion by decreasing the impact of the waves.

The blades/leaves of Bull Kelp (northern California to Alaska) are attached to a gas-filled ball that floats on the surface of the water. Giant Kelp is the most common species of Kelp in southern California with blades (leaves) up to 200 ft long.

Did you know? Although there are similarities, Kelp is not a plant. Seaweeds are algae, simple-bodied organisms that have combined with a bacteria containing a light-producing pigment that produces energy.