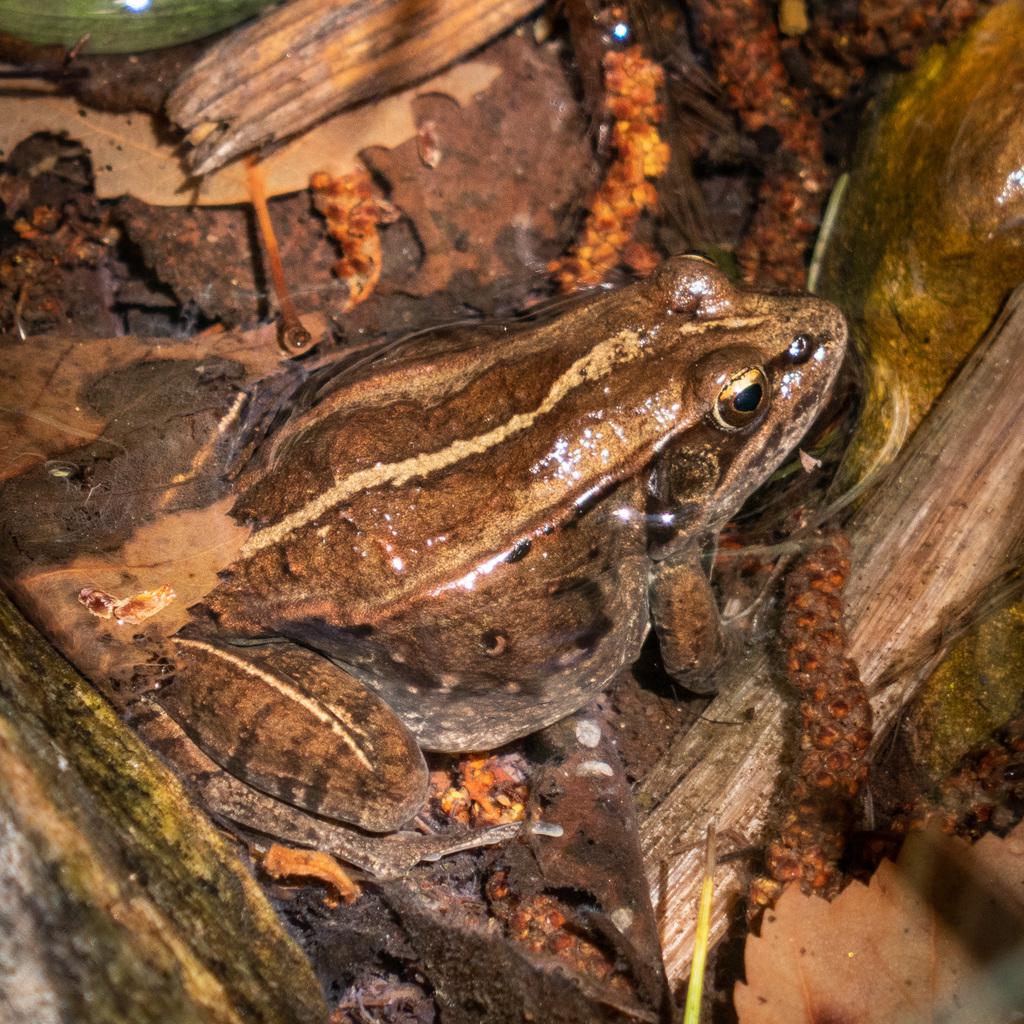 Wood Frog are small (1.5-3 in long), red or brown, with prominent ridges on their back, a black mask over the eyes, and a white belly. Some have a white stripe down their back. Wood Frog can change color very rapidly, turning dark when cold to absorb more heat.

Wood Frog are widely distributed in moist woodland areas throughout Canada as well as eastern and north-central United States. They are the only frog found north of the Arctic Circle and are one of the few frogs found in Alaska.

The males make small clucking sounds during mating season. The females attach up to 2,000 eggs to underwater vegetation. The tadpoles eat plants, while the adults use their long, sticky tongue to capture insects, spiders, slugs, worms, and snails.

Did you know? Wood Frog hibernate under logs or leaf litter and can tolerate below-zero temperatures by increasing the amount of glucose in their blood, which lowers the freezing point and stops ice crystals from forming.