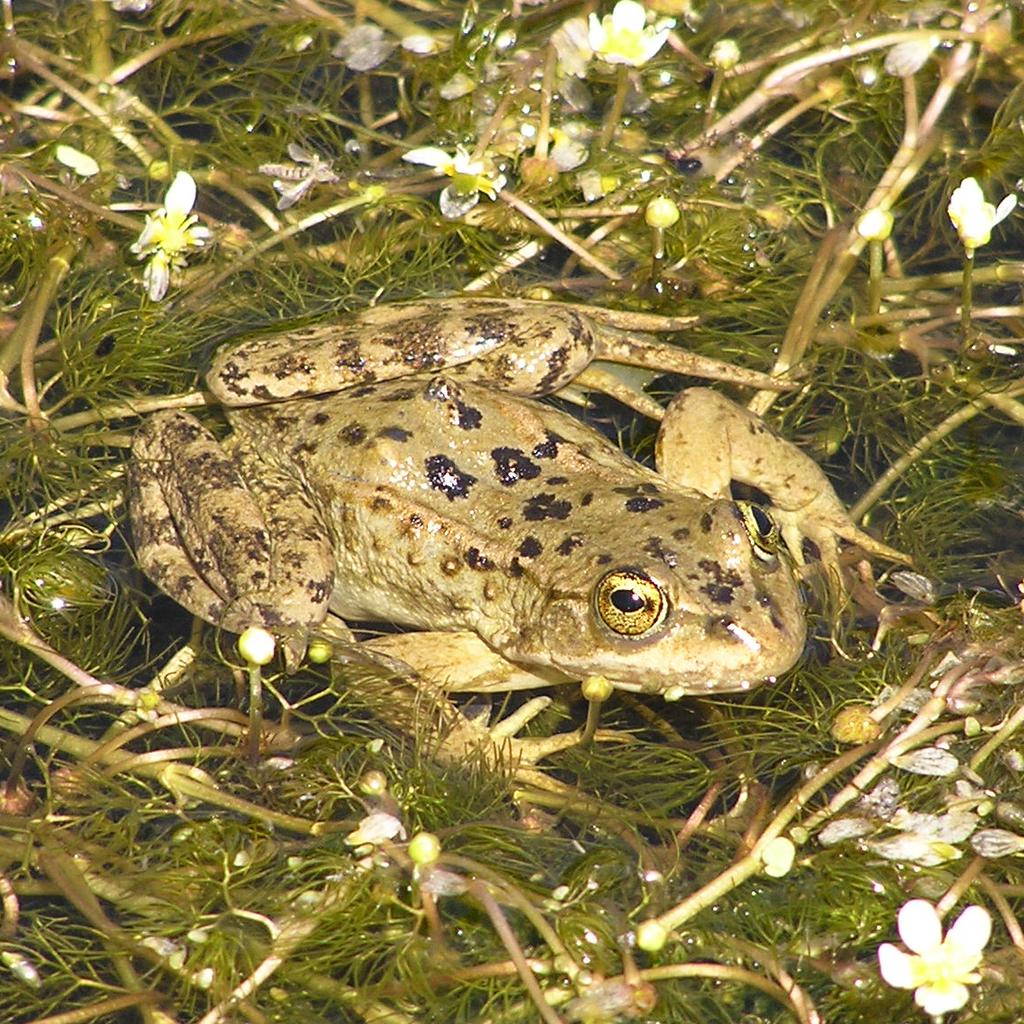 Columbia Spotted Frog (2-4 in) can be found in the mountainous regions of the Pacific Northwest. They are light brown to olive green with dark brown spots. Their underside is pink, red, or yellow. Two ridges of skin run down their head and partway along their back. A white or yellow stripe runs along their upper lip and their eyes are angled slightly upwards.

Columbia Spotted Frog are nocturnal and spend most of their time in cold mountain streams or marshes. They especially like shallow wetlands with lots of vegetation around and in the water where they can hide. They hibernate in the mud at the bottom of lakes and ponds.

Did you know? Depending on the temperature of the water and the length of the summer season, the tadpoles will either turn into frogs late in the summer or overwinter as tadpoles.