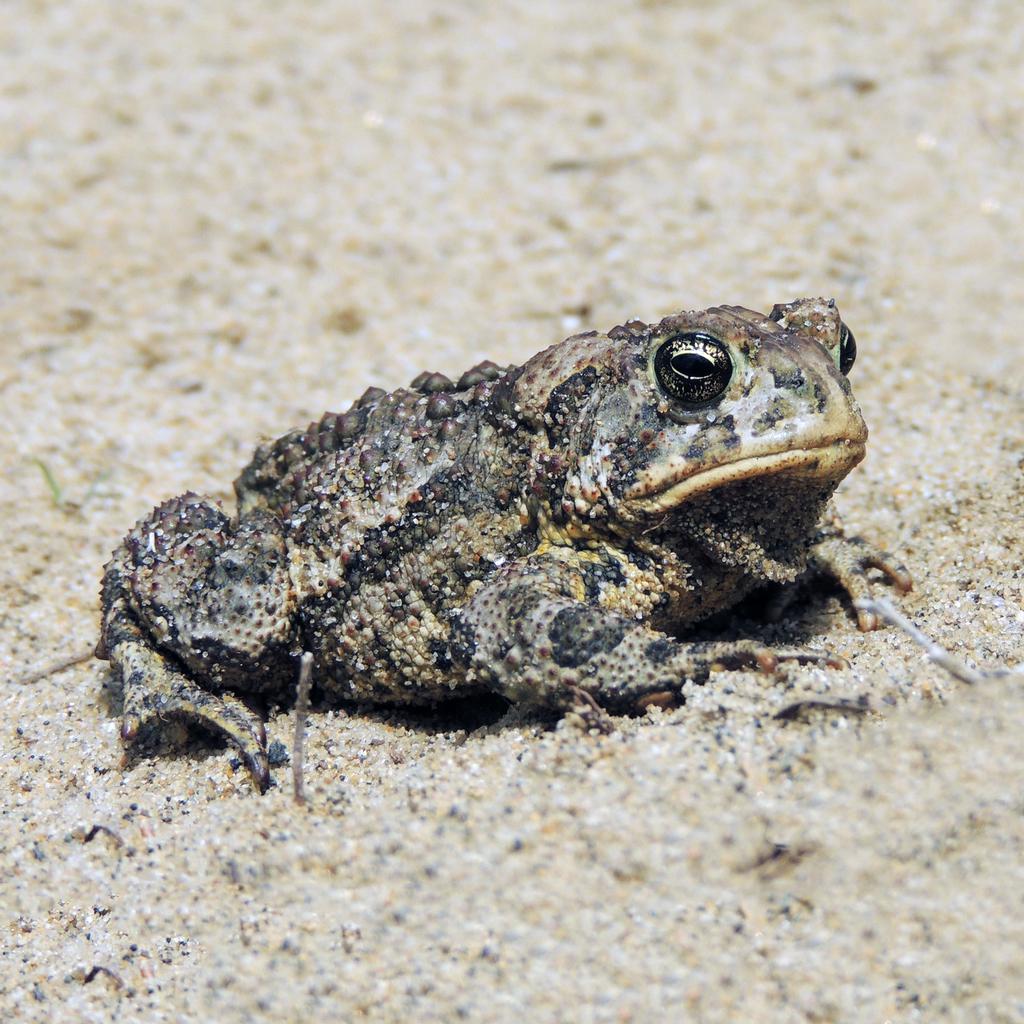 Canadian Toad (up to 3.5 in) are gray-green or brown with brownish-red warts. Unlike other toads found in the same area (e.g. Western Toad, Plains Spadefoot Toad), they have gray spots on a light-colored belly and the raised ridges on their head join to form a bump between their eyes.

Canadian Toad are found in river valleys and around lakes in the grasslands, aspen parklands, and boreal forest of the Canadian prairies and south to the Dakotas and Minnesota.

Canadian Toad are easiest to spot in the spring when they congregate at breeding ponds. The males call to the females with a high-pitched trill that repeats every 15-20 seconds. Once breeding season is over, the toads spread out into the grasslands and aspen parklands, although they generally stay close to water. Their mottled earthy colors are good camouflage.

Did you know? Canadian Toad hibernate underground below the frost line in burrows they've dug using the bony lumps on their rear legs.