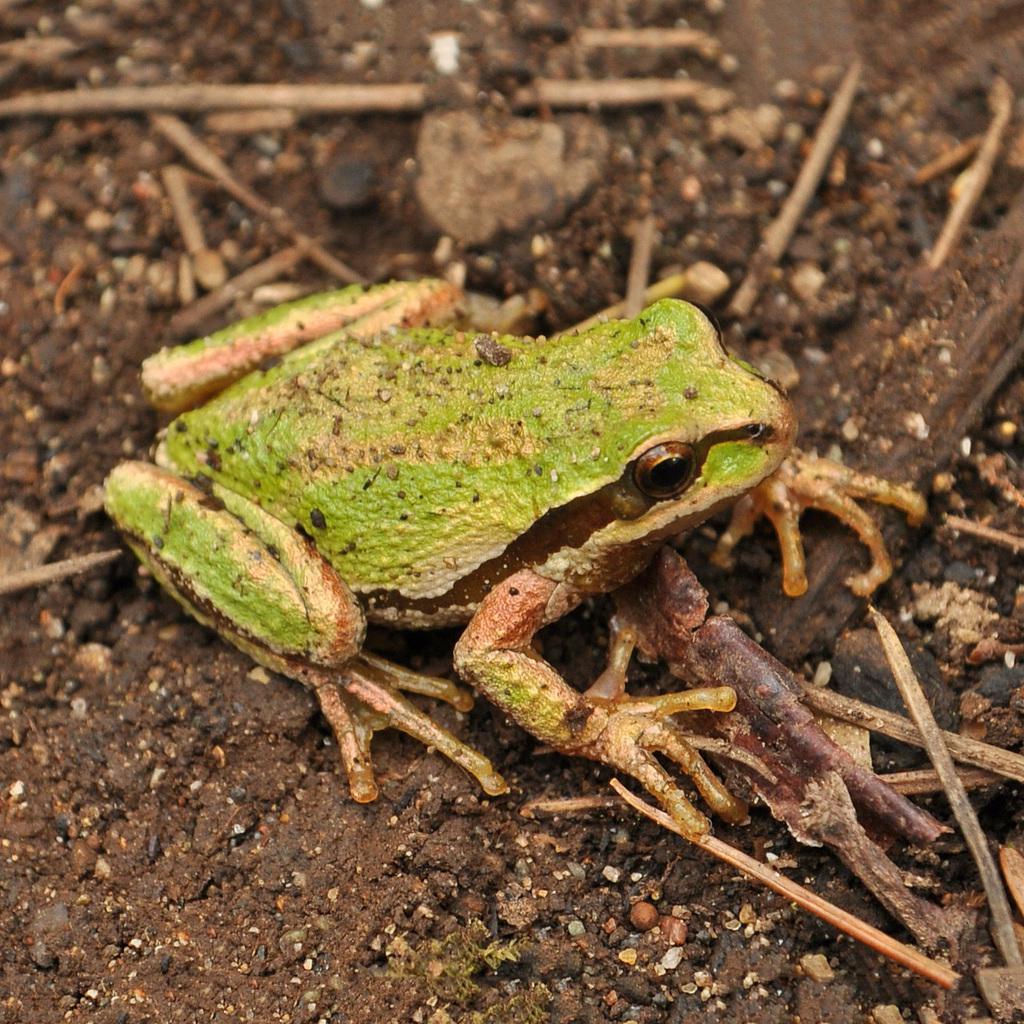 Pacific Tree Frog are small (1-2 in long) frogs with long, slender legs. They're usually brown or green, pale cream underneath, with a dark stripe from their nose across their eye to their ear. They have round pads on their toes to help them grip and climb.

Pacific Tree Frog breed in shallow wetlands with lots of plant cover that will dry up later in the season. This means they're less at risk from fish and larger frogs that need a permanent body of water. Outside of breeding season, they can be found in a wide range of habitats, often quite far from water.

Pacific Tree Frog can be found along the Pacific coast from southern British Columbia to Mexico and inland to parts of Idaho, Nevada, and western Montana.

Could it be? Pacific Tree Frog are often referred to as Pacific Chorus Frog as there are similarities. However, Boreal Chorus Frog don't live in the same areas and don't have toepads.

Did you know? The male's breeding call is surprisingly loud for such a small animal, and it's often used as a soundtrack in movies and cartoons.