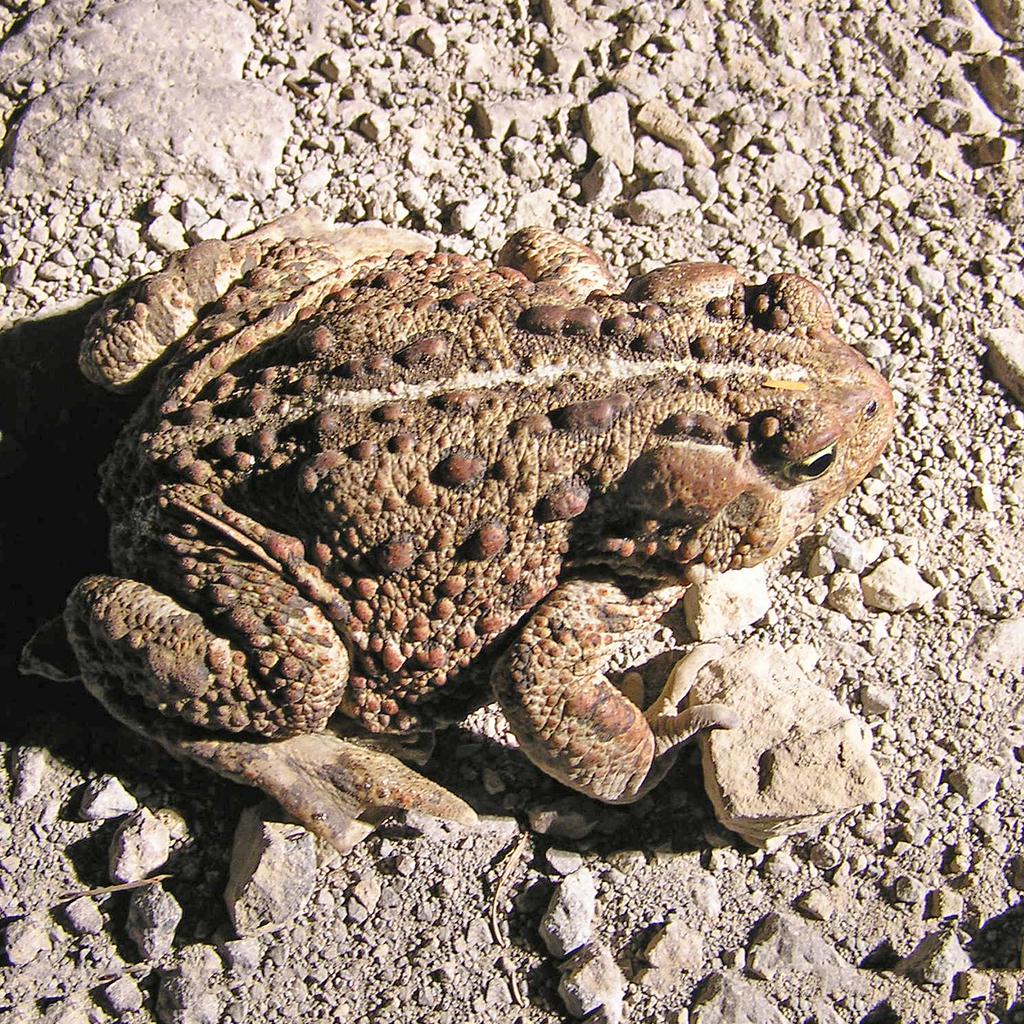 Western Toad are 2-5 in long, green or brown, with a light-colored stripe down their back and a light-colored belly. The warty bumps on their skin are reddish-brown and sometimes surrounded by black rings. Western Toads are found around ponds, lakes, streams, and marshes in the Yukon and Northwest Territories, along the Pacific coast, and inland to western Montana and northern New Mexico. Unlike many other toads, Western Toad can be found in the mountains above the snow line.

Western Toad migrate considerable distances - over 4 miles - between their breeding ponds, upland summer ranges, and winter hibernation spots. All the members of a local population tend to lay their eggs in the same spot every year. The males make a quiet peeping sound to attract females.

Did you know? Western Toads walk rather than hop. When threatened, they inflate themselves with air and rise up on their legs.