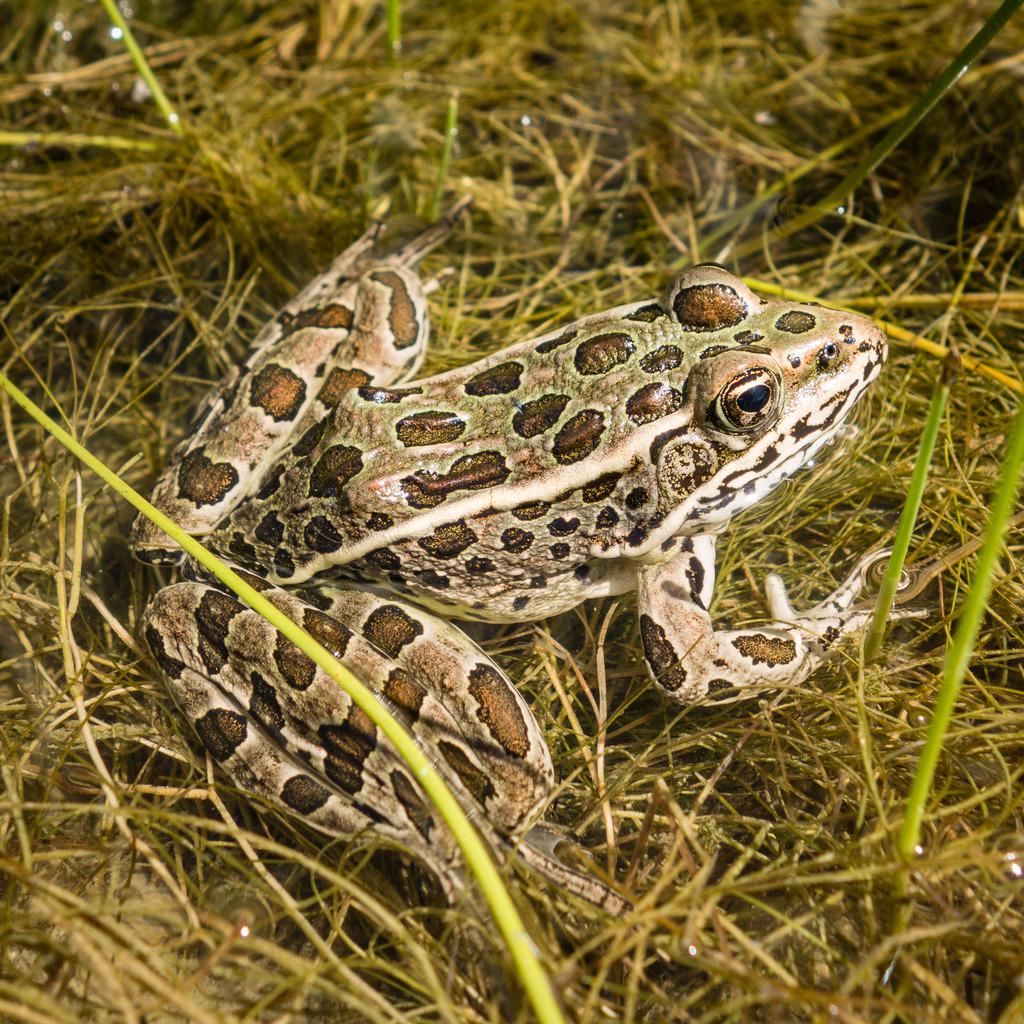 Northern Leopard Frog are found near ponds and marshes across Canada and in most parts of the United States. They can be found as far north as Great Slave Lake as well as in the mountains. They are also known as Meadow or Grass Frog because they sometimes hop up onto lawns and golf courses in the summer when they've finished breeding.

Northern Leopard Frog (3-5 in) are green-brown with dark round spots on their back and legs and a white belly. Prominent light-colored folds of skin run down either side of their back. They breed from mid- to late spring, laying 3,500 to 7,000 eggs in slow-moving water. The tadpoles are green or brown with yellow or black speckles and a white belly and hatch in 1-3 weeks, depending on the temperature. They turn into frogs in mid- to late summer.

Could it be? Pickerel Frog, found in southeast Canada and the United States, are similar in appearance but have square spots arranged in rows and bright yellow or orange patches on the inside of their thighs.

Did you know? Northern Leopard Frog will eat anything they can fit in their mouth and have been known to eat small birds and snakes. They sit still, wait for their prey, and then leap and grab it with their long sticky tongue.